World Bank said in a report that India needs to invest an estimated extra USD 109 billion in road safety over the next decade to halve its crash fatalities.
By : ANI
| Updated on: 22 Feb 2020, 10:59 AM 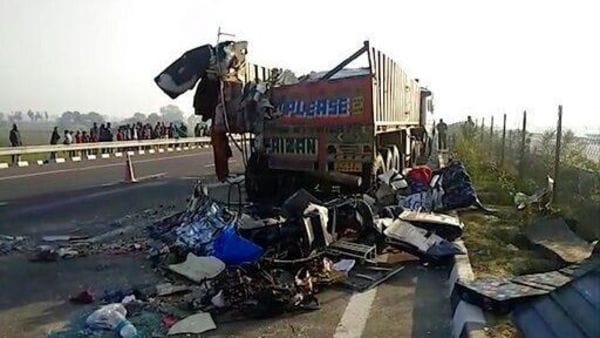 Union Road Transport Minister Nitin Gadkari has said that 11 per cent of deaths in the world due to road accidents take place in India alone.

He made the comments on Wednesday while addressing the '3rd High-Level Global Conference on Road Safety for Achieving Global Goals 2030' in Stockholm which was attended by 1,700 delegates from 140 countries.

Gadkari also mentioned that the approach of alignment of Sustainable Development Goals (SDGs) with Road Safety espoused by the United Nations is particularly relevant for countries like India where the problem of safety is also linked to social equity.

Also Read: This is how India can reduce road crash fatalities by half in next 10 years

Since the global climate issue is always high on the agenda, the Union Minister highlighted India's moves towards biofuel, electric vehicles and e-highways.

During the visit, Gadkari also held bilateral meetings with the Swedish Minister for Infrastructure Tomas Enerothand and Minister of Foreign Trade Anna Hallberg.

They discussed mutual cooperation between the two countries in the MSME sector and exchanged ideas on sustainable infrastructure to improve lives in both countries.

Sweden India Transport Innovation and Safety (SITIS) partnership was also launched in Stockholm in the presence of Union Minister and Minister Tomas Eneroth on Thursday.

SITIS aims to achieve by bringing together organisations leading in the safety arena from Sweden and India.

Meanwhile, a reception was hosted by Indian Ambassador Monika Kapil Mohta in honour of the transport minister.

At the reception, Mattias Landgren, State Secretary to the Minister for Infrastructure said that he found Gadkari very 'innovative in his approach and inspiring in his style'.

He also said that Sweden-India relations are extremely good like they have never been before.