Home Auto News In A First, Demand For Plug In Hybrids And Evs Outpace Diesel In Europe

In a first, demand for plug-in hybrids and EVs outpace diesel in Europe

One in every four cars registered in Europe in September was either a PHEV or an EV.Diesel cars were dominant in the European market just five years back but their popularity is now falling.
By : HT Auto Desk
| Updated on: 03 Nov 2020, 09:39 AM 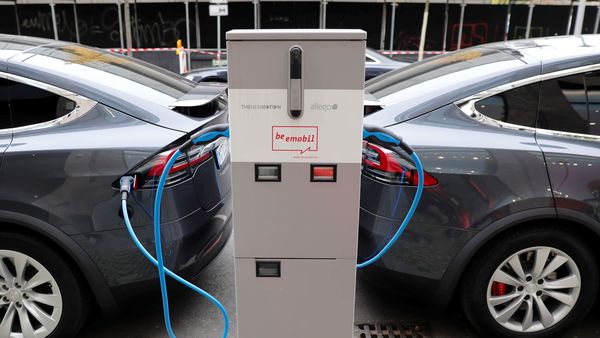 The presence and popularity of cars running on alternate fuel technology is becoming increasingly evident and the numbers reflect it too. Nowhere, perhaps, is the rise more evident that in Europe where several countries have rolled out massive incentives to popularize electric vehicles. As such, the demand for plug-in hybrids and EVs in the month of September here outpaced the demand for diesel vehicles for the first time ever.

The fact that PHEVs and EVs are now relegating diesel vehicles to the sideline in key European markets only goes to underline the rising significance of such vehicles. That several governments here are pushing forward to make these vehicles more accessible, more affordable and with the necessary support infrastructure being constantly upgraded, the future may well be green.

Reports suggest that in September, one in every four cars registered in Europe was either a PHEV or an EV. This covers markets in as many as 27 countries. According to JATO, a global supplier of automotive business intelligence based out of the UK, the market share of diesel has fallen to a record low of 24.8%, down from 50% of all registrations nearly a decade ago. In sharp contrast, hybrids and mild-hybrids grew by leaps and bounds in terms of registration, rising in volume by 124%. "The shift from ICEs to EVs is finally taking place. Although this is largely down to government policies and incentives, consumers are also now ready to adopt these new technologies," said Felipe Munoz, Global Analyst at JATO Dynamics.

The charge in the pure-electric category, unsurprisingly, was led by Tesla with Volkswagen and Renault in the tow. The Volkswagen brand, however, is Europe's top EV manufacturer here with Mercedes-Benz leading in terms of manufacturing PHEVs.

When it comes to selling PHEVs, Toyota and Lexus together have a 32% market share, followed by Ford, Suzuki and BMW.

While diesel vehicles were dominant in the new sales business in Europe just five years ago, the surge of PHEVs and EVs is both remarkable as well as impressive. Analysts believe that the charge could indeed continue.