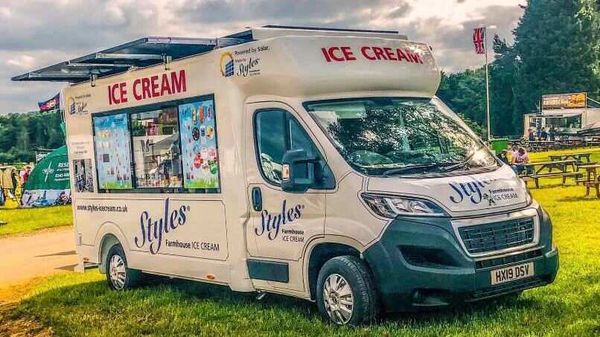 In a bid to ensure that children don't end up inhaling harmful diesel fumes while rushing for their favourite ice cream, a man decided to fit solar panels on all his ice cream trucks so that the freezer compartments inside can be powered with clean and renewable energy.

UK's Daily Mail reported that ice cream maker David Baker was so troubled by seeing diesel fumes around his vehicles, especially with children all around, that he began looking at cleaner replacement options. Keeping the freezer units functioning was crucial for the ice creams these vehicles sold but Baker reportedly did not want this at the cost of fumes being inhaled by young children. The decision to switch to solar power, therefore, came quite naturally to the 69-year-old. "Now people are very surprised when they find out that our service is powered by sunshine," he is quoted as saying in the report.

And sunshine plays a key role in how much business Baker ends up doing. His vehicles are a common sight at music festivals and he says that more people tend to come out when it is a bright day. More sunshine means more people as well as more power to power the freezer compartments. "If you get a lot of cloud they don’t produce as much power, but your trade isn’t all that high either so it evens out," he says.

The solar panels on the vehicles can reportedly keep the freezer units running for around four days before requiring a power supply to recharge.