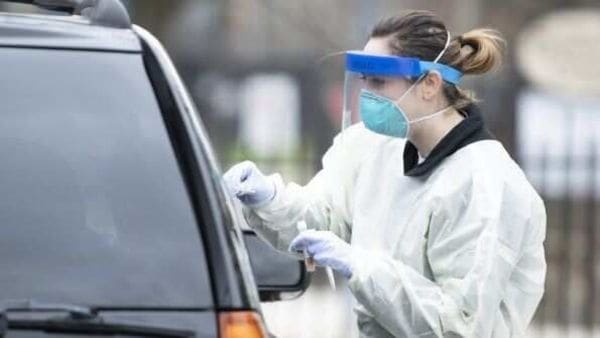 This photo was tweeted by @Hyundai

Hyundai has announced that it is stepping up its efforts to help the United States government in tackling the Covid-19 pandemic and will be expanding the number of its 'drive-through' testing facilities across the country. The South Korean car maker also said that it had donated 65,000 tests to hospitals in the US.

The United States has seen a surge in the number of positive cases in recent weeks. The number of cases in the country, at the time of filing this report, stood at over 600,000 while the number of deaths had touched the 25,000 mark.

Several car makers across the globe have taken a number of initiatives to help authorities as well as frontline healthcare workers in tackling the alarming situation at hand. Hyundai is one of them. The company in the US has announced $4 million in grants and will also support 'drive-through' testing at 22 hospitals.

Hyundai has said that the tests, developed by South Korean company Seegene, will be distributed to hospitals in cities like Detroit, Chicago, New Orleans, Montgomery, among others.

While companies like Hyundai are indeed stepping out and providing a helping hand, it is definitely not 'business as usual' for anyone. Auto makers around the world have been hit bad by the fallout from Covid-19. In the US for instance, Hyundai's March sales fell 43%.

Others have not fared any better and with national lockdowns getting extended to May in India and many other Euopean and North American countries, worrying times could only become outright alarming.