Hyundai had first showcased HDC-6 Neptune Concept at North American Commercial Vehicle Show in October of 2019 and it has now made its Korea premiere.Hyundai plans to launch it in the next three to four years.
By : HT Auto Desk
| Written By : Shubhodeep Chakravarty
| Updated on: 02 Jul 2020, 10:00 AM 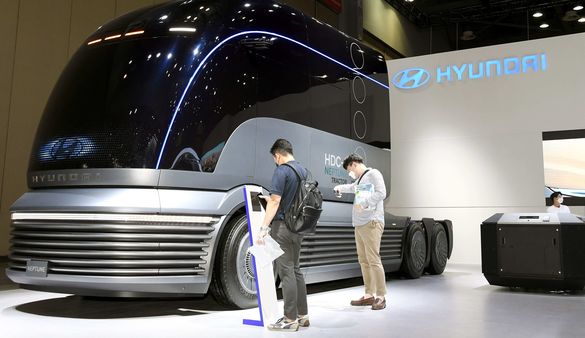 HDC-6 Neptune Concept has made its Korea premiere.

Hyundai Motor Company has been working on hydrogen power to propel vehicles of the future and the HDC-6 Neptune Concept promises to be a cornerstone product in this regard. The South Korean auto major is showcasing its hydrogen and mobility solutions at the H2Mobility + Energy Show 2020 which is being held between Wednesday and Friday.

The inaugural event seeks to shed light on the global hydrogen industry ecosystem and Hyundai's HDC-6 Neptune made its Korea premier here. To be launched in the next three to four years, the heavy-duty truck is billed have a powerful and durable fuel-cell system. The concept had already been showcased at the North American Commercial Vehicle Show in October of 2019 but once again seeks to higlight just how the future of goods transportation can be efficient, powerful and based on clean energy. "The HDC-6 Neptune will lead the transition into an eco-friendly commercial vehicle era. Hyundai plans to launch the HDC-6 Neptune by developing an enhanced fuel cell system with high durability and power, optimized for heavy-duty trucks within the next three to four years," the company informed in a press statement.

HDC-6 Neptune's design draws inspiration from the streamliner railway trainsets of the 1930s with its Art Deco function-driven style. The name itself is an ode to the Roman god of the sea - the largest potential source of hydrogen fuel on Earth. 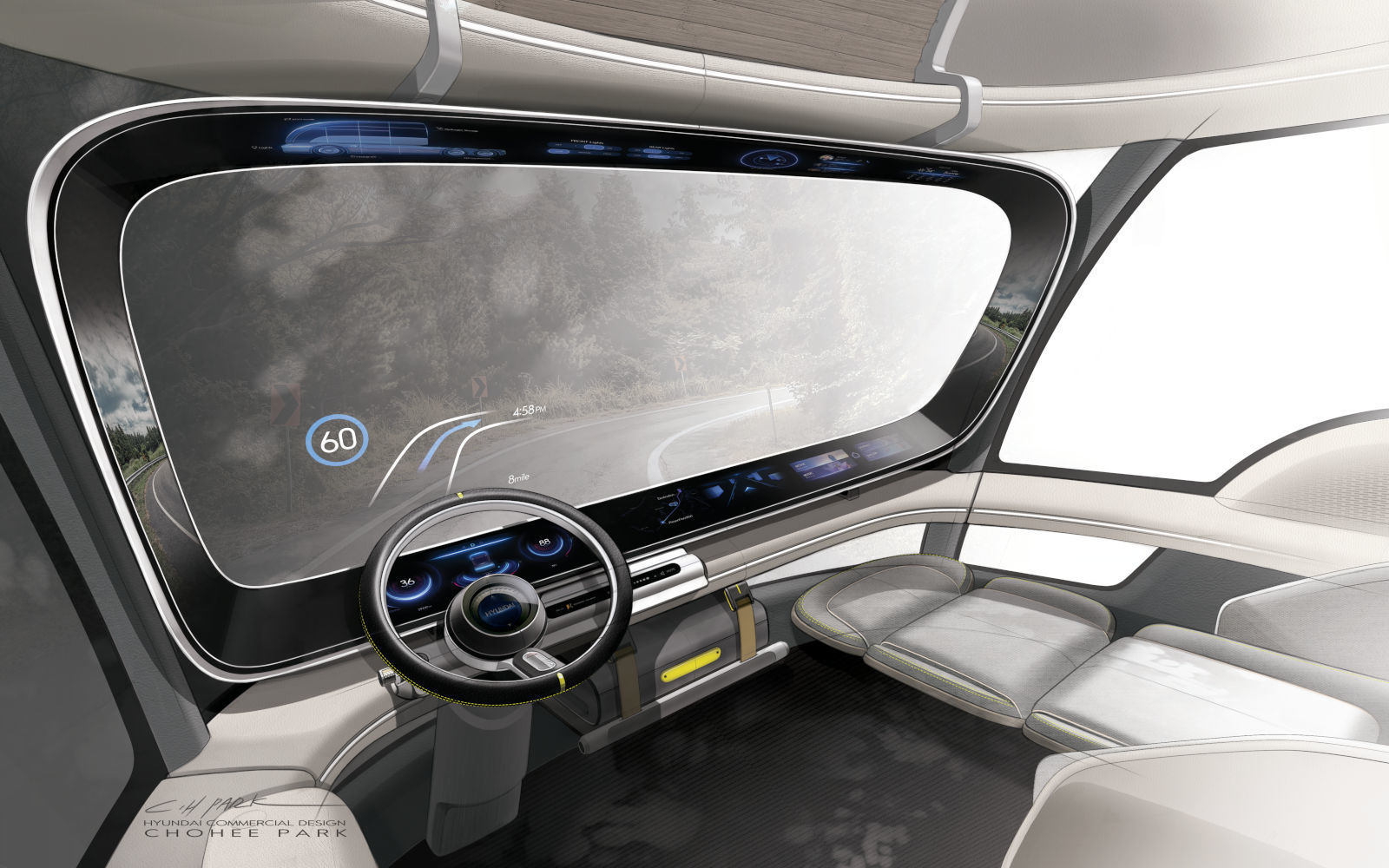 A sketch of the cabin inside a Hyundai HDC-6 Neptune Concept truck.

At a time when some manufacturers have either slowed down or even given up on hydrogen fuel cell technology owing to financial challenges spurred by Covid-19 pandemic, Hyundai has said it is on track. In an interview to Bloomberg, Saehoon Kim, senior vice president and head of Hyundai Motor Co.’s Fuel Cell Center, highlighted the massive strides taken by the company in this regard. (Full report here)

Fuel cell vehicles have the potential of having a quicker recharge time and longer range which mean they can be more practical and more environmentally friendly than battery-powered EVs. The major deterrence in current times is the high cost of development which possibly means unless such vehicles are developed and manufactured in large numbers, they can't be economically viable for companies and for buyers.