Hyundai makes a comeback in Japan, will only sell EVs online

Hyundai had previously exited Japan due to dwindling sales. This time, Hyundai expects electric vehicles to charge its path here.Hyundai Ioniq 5 will be the first off the blocks for Japan.
By : HT Auto Desk
| Updated on: 04 Feb 2022, 02:57 PM 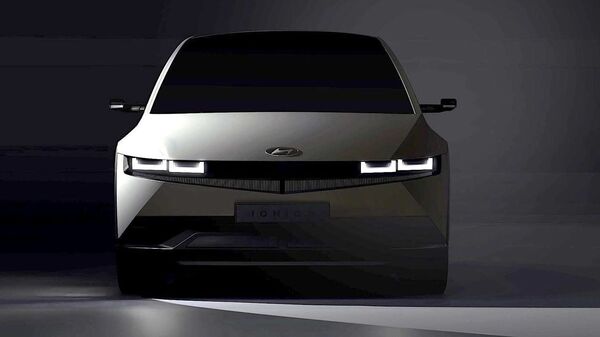 Hyundai is back in Japan and this time it has plans to sell only electric vehicles and that too online. Hyundai had had to pull out of the country previously after years of dwindling sales.

Jaehoon Chang, Hyundai’s Chief Executive Officer said the company is ready to take on the Japanese market and that careful planning has gone into the decision to return. “We should know customers, we should know the market, with the right product and the right brand,"  he said.

Chang conveyed Hyundai aims to sell 1.7 million EVs globally in 2026 including its Kia and Genesis brands. Japan could help the Koreans reach the target numbers.

Hyundai is yet to reveal how many EVs it is aiming to sell in Japan. “We’ve experienced huge growth on the EV side in Korea, and we’re expecting the same thing will happen even faster in Japan," Chang said. Leading the company into the market will be Hyundai Ioniq 5 which made its debut last year followed by strong demand. The EV will compete with the likes of Japan’s top two automakers, Toyota Motor Corp.’s bZ4X and Nissan Motor Co.’s Ariya.

Japan's adoption of electric mobility is still on a minuscule scale, however, more than 8,600 registrations for Tesla models last year indicate that the country is putting in efforts to catch up with countries such as the US and China. As far as Hyundai’s CEO is concerned, the starting line is the same for every automaker when it comes to EVs in Japan, where 4.5 million vehicles were sold last year. That gives Hyundai a chance to redefine itself as an EV manufacturer under the Ioniq marque, shared Chang. The company has also not revealed the price at which it intends to sell the Ioniq 5 EV.

As per Bloomberg's report, Hyundai will also sell its Nexo fuel-cell vehicles, which have been available on a trial basis. To market the Ioniq 5 and Nexo, Hyundai is teaming up Anyca, a Japanese car-sharing provider that connects vehicle owners and prospective renters, stated the report.