Tata Nexon and Punch SUVs have sold more than Hyundai's Creta or Venue last month. Both Hyundai and its Korean sibling Kia have seen a slight dip in sales in recent times.
By : HT Auto Desk
| Updated on: 03 Feb 2022, 02:18 PM 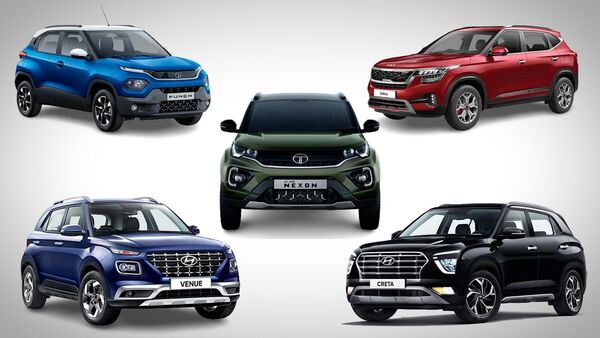 Tata Motors' Nexon and Punch have contributed to the carmaker's recent spike in sales. While Hyundai claims to be the leader in the SUV segment, Tata's rise threatens its dominance in the segment.

At the start of the year, Hyundai Motor had said it hopes to continue dominating the SUV segment in India this year. With 2.5 lakh SUVs sold last year, mostly thanks to its flagship offerings Creta and Venue, Hyundai had established itself as a clear leader in the segment.

Things have started to change since December last year when Tata Motors' sales witnessed significant spike. In January too, for the second straight month, Tata has recorded massive rise in sales. And that has changed a lot in the list of top 10 SUVs sold in India last month.

The sub-compact SUV from Tata Motors has seen a major jump in sales at a time when most other carmakers are struggling with deliveries due to supply chain crisis. Tata Motors sold 13,816 units of Nexon SUV last month, the highest ever the model has been sold in a month. Nexon has seen rise of nearly 68 percent over 8,225 units sold in January last year. Tata sold 12,899 units of Nexon in December.

Hyundai Creta's waiting period has gone up significantly in recent times, which has also impacted in its sales numbers. This probably has been a boon for Creta's technical sibling Kia Seltos. Kia sold 11,483 units of Seltos last month, with more than 16 percent rise in sales compared to January last year when Kia sold 9,869 units of the SUV.

Despite hit hard by the ongoing global chip crisis, Hyundai's sub-compact SUV Venue continues to perform well for the Korean carmaker. Hyundai sold 11,377 units of the SUV last month, with a marginal drop in sales compared to the same period last year when it sold 11,779 units. In December, Hyundai had sold 10,360 units of Venue.

One of the key reasons behind Tata Motors' rise in sales in recent months has been its latest SUV Punch. Launched only five months ago, Punch has grown from strength to strength. In January, it clocked more than 10,000 unit sales for the first time. Tata sold 10,027 units of Punch SUV last month.

In terms of popularity, Hyundai Creta probably ranks much higher than where it stands on this list. It has seen some sharp dip in sales as the carmaker continues to grapple with supply crisis. For an SUV that found over 2.15 lakh homes since the launch of its facelift version in March 2020, Creta has slipped further down. Hyundai sold just 9,869 units last month, down by 20 percent from 12,284 units sold in January last year.

Maruti is all set to drive in the facelift version of its sub-compact SUV Vitara Brezza this year. After a decent run with the 2020 version, Brezza has lost its lead in the SUV segment to others. In January this year, Maruti sold 9,576 units of Brezza, down from 10,623 during the same period last year.

After a promising start soon after the launch, Kia's answer to Hyundai Venue has been a bit sluggish in terms of sales. With just 6,904 units sold in the first month of this year, Sonet has seen a year-on-year dip of 22 percent in sales. Unlike Seltos, which has managed to be a lot more consistent performer, Sonet's dip in sales could be a cause of worry when other carmaker's launch their facelift models this year. 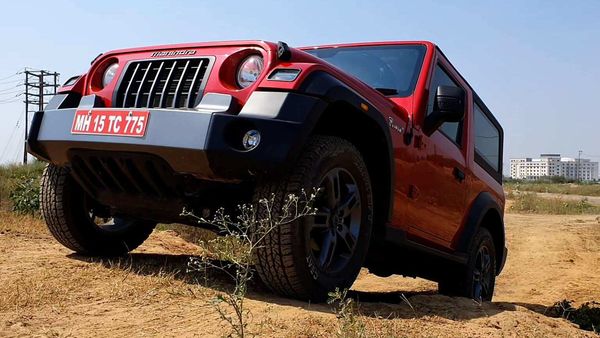 Mahindra and Mahindra, which has been the most aggressive among all these carmakers with several SUVs on offer, is surprisingly languishing at the bottom of the SUV segment. Despite five- and four-star ratings from Global NCAP crash tests, its SUVs have not been able to find enough homes yet due to long waiting periods. Thar SUV in its new generation has wowed many, but found only 4,646 buyers last month. However, it is still better than 3,152 units it sold during the same month last year.

The sub-compact SUV from Mahindra has been far more consistent performer for the carmaker. Mahindra sold 4,550 units of XUV300 last month, compared to 4,612 units it sold in January 2021.

Mahindra's latest and flagship offering XUV700 may have received over one lakh bookings so far, but very few have translated into sales. The carmaker says it has only billed around 14,000 units since its launch in August last year. In January this year, Mahindra sold only 4,119 units of XUV700. However, these figures could change when Mahindra manages to scale up production to meet delivery deadlines.