Hyperloop is described as a sealed tube or system of tubes with low air pressure through which a pod may travel substantially free of air resistance or friction. The company tested human travel in a hyperloop pod for the first-time in November last year.
By : HT Auto Desk
| Updated on: 04 Oct 2021, 09:54 AM 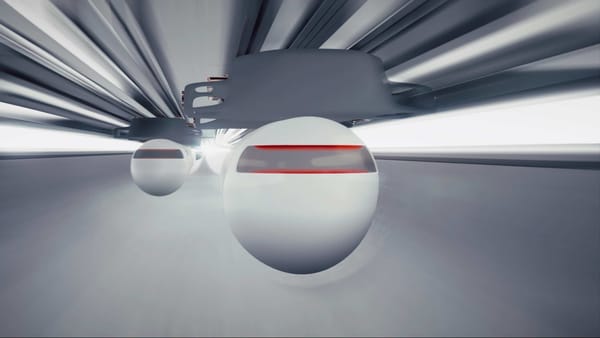 Virgin Hyperloop is a high-speed mass transportation system for passengers and freight.

High-speed mass transport system from Virgin Hyperloop is more likely to launch in India first, ahead of countries like UAE. The company which holds a majority stake in Virgin Hyperloop said this during the Dubai Expo 2022.

Sultan Ahmed bin Sulayem, CEO of Emirati multinational logistics company, DP World, said the high-speed transport system will become a reality in many parts of the world within the end of this decade.

“I will see it either in India at first, or in Saudi Arabia at the moment. Our hope is that when we achieve economies of scale and you have long routes and it is popular, probably for the speed of an airplane you will pay with the price of a truck," Sulayem was quoted by PTI saying when he asked about the time scales for the Virgin Hyperloop.

Hyperloop is basically a sealed tube or system of tubes with low air pressure through which a pod may travel substantially free of air resistance or friction. The company is currently conducting tests at two routes in India for pilot project. For the last few years, the company has been conducting its tests on the Mumbai-Pune route and between Bengaluru airport and the city.

The Maharashtra government had approved the Virgin Hyperloop-DP World Consortium as the original project proponent for the Mumbai-Pune route. Richard Branson, chairman of Virgin Hyperloop One, had announced plans of a hyperloop system between Pune and Navi Mumbai in February 2018. However, the plan has been stalled due to coronavirus outbreak.

Earlier this year, Virgin Hyperloop also announced a partnership with the Bangalore International Airport in order to conduct a viability test for the proposed route from the city airport.

NITI Aayog has formed a panel to explore the viability of Virgin Hyperloop technology in India. The agency recently said that it would be a good achievement for the country if a demonstration unit for it could be set up here in the next four to five years.

When launched, Virgin Hyperloop has the potential to cover the distance between Mumbai and Pune, which is around 150 kms, in 30 minutes or even less.