The Toyota Mirai is an ultimate zero-emission car powered by a hydrogen fuel cell system, enabling a range of around 500 km while emitting only water.
By : HT Auto Desk
| Updated on: 18 Oct 2020, 05:14 PM 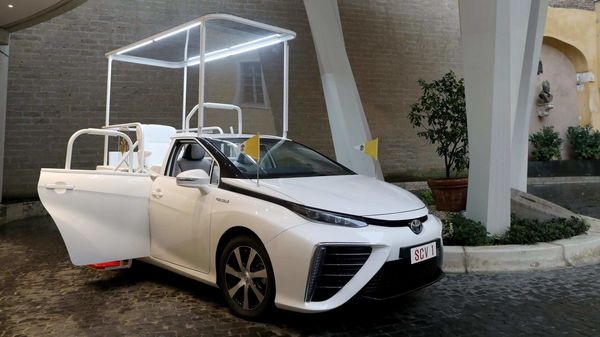 Pope Francis was recently presented with the gift of a hydrogen-powered Toyota Mirai specially modified for his mobility needs from the Catholic Bishops' Conference of Japan (CBCJ). The car is one of two Mirai vehicles specially made by Toyota and donated to the CBCJ for the pontiff's mobility needs.

The new official Popemobile has a length of 5.1 meters and a height of 2.7 meters - including the specially installed roof. The white super-structure installed at the back of the car allows the Pope to be easily visible to people while both sitting and standing. The new Popemobile features an open-air dome contrary to the bulletproof glass dome used in the previous Popemobiles. The rear of the car also features a heightened seat custom-made for the Holy Father. 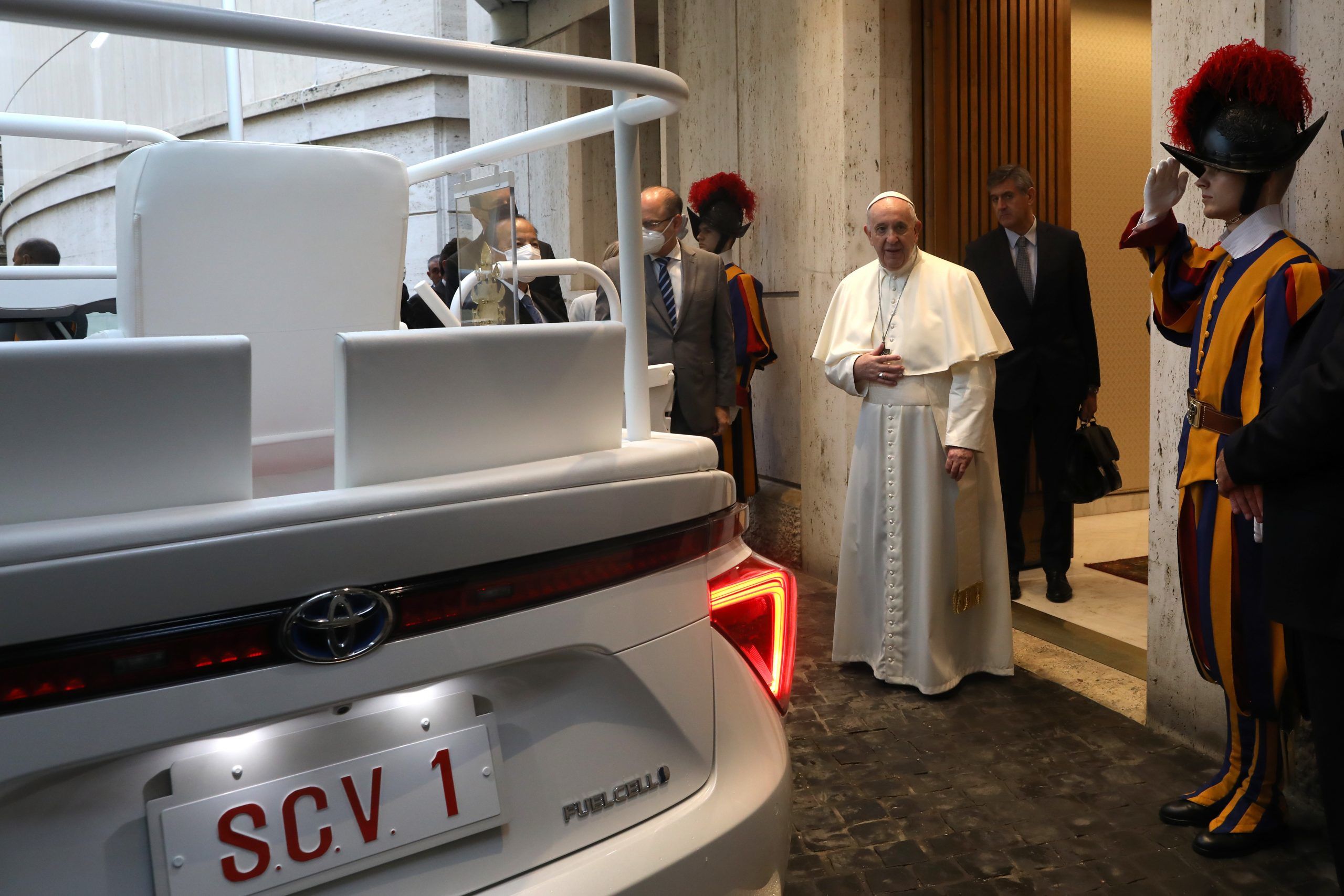 The Toyota Mirai is the first mass produced hydrogen powered sedan and was first launched in 2014. It is the ultimate zero-emission car powered by a hydrogen fuel cell system, enabling a range of around 500km while emitting only water.

'Mirai' in Japanese means 'future'. The car gets a futuristic design language with aerodynamic exterior styling. Its hydrogen fuel-cell system falls in line with the Pope's vision of climate change and to safeguard the earth.