Honda is aiming for 10 EVs in the next five years although CEO Toshihiro Mibe is clear rushing into the world of battery power isn't the strategy at present.
By : HT Auto Desk
| Updated on: 02 Dec 2021, 09:38 AM 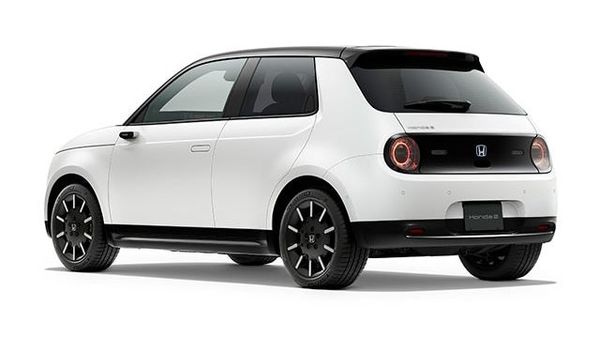 Honda e is the only fully-electric model from the company and it is available in select European markets at present.

Honda does not figure prominently in the list of car manufacturers with a dominant say in the electric vehicle (EV field of play. Despite being an early entrant in the hybrid technology, the Japanese car maker is fairly behind many of its rivals in the global market when it comes to battery-powered four-wheeled options. But being behind may also mean a lot of potential to gather pace and possibly catch up. And that's just what Honda CEO Toshihiro Mibe is digging in for.

While the Honda e may be the only full electric vehicle on offer from the company at present, it is only available in select European markets. But Mibe expects the company to go full electric come 2040. Plans of as many as 10 new EVs over the course of the next five years have been confirmed.

Mibe reportedly feels that it may be rather unwise to race into the world of electric mobility. “We feel there's a rush to electrification, particularly after Biden (US President Joe Biden) took office. But it is still going to take some time. So, we don't want to focus too much effort onto it right now and wear ourselves out," he was quoted as saying by Automotive News.

Mibe has made it clear that at the present stage, Honda must consider walking down the EV path with a companion rather than making it a solo drive. “At this point, I don't think we should be doing it alone. We should team with partners like General Motors and then build to a certain volume to ensure business feasibility," he reportedly said. “That's the strategy we have for the initial period in North America. Once we reach a certain volume, we will consider rolling out Honda original products. And not just EV products."

Honda and GM have been partners in hydrogen fuel cell and electric vehicles but building on this partnership, according to Mibe, would be the best way forward even if many others well a partnership with another Japanese car maker - like Toyota, for instance, would have been more prudent.

In any case, Honda for now appears content to play the EV game with patience rather than go all out.