Project Deepspace: This electric hypercar may cost $3 million, have 6 wheels

Hennessey will begin the production of the world’s most expensive EV in 2026, following the production of the Venom F5 hypercar.Code-named Project Deep Space, the vehicle will feature a four-place diamond seating and private-jet-class interior.
By : HT Auto Desk
| Updated on: 01 Dec 2021, 18:34 PM 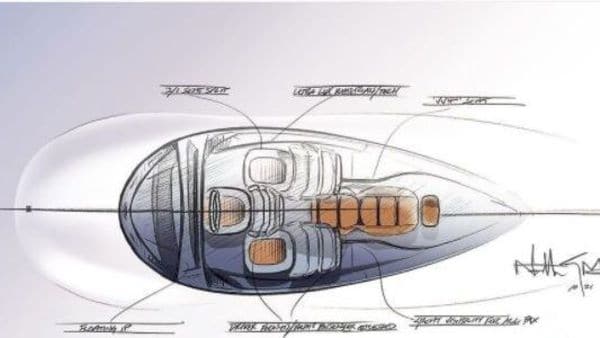 Texas-based vehicle manufacturer Hennessey has announced that its first electric vehicle, that will be cost a whopping $3 million, will come equipped with six wheels powered by six electric propulsion motors and a private jet interior. The six-wheel-drive all-electric hypercar has been code-named ‘Project Deep Space’.

The carmaker has unveiled a few design sketches of its upcoming electric car which, it claims, will boast prodigious levels of power and performance. The vehicle will feature a four-place diamond seating and private-jet-class premiumness. In the four-passenger cabin seating arrangement, the driver's seat will be centrally positioned. The rear seat will offer enough reclining to lie flat in back.

The Deep Sea will be constructed with an ultra-lightweight carbon-fiber chassis and body panels. It will get gullwing doors that open up to reveal high-quality textiles on the inside, that will be customized as per each customer's preference. The car also gets storage space for four sets of golf clubs and additional luggage. On looking at the vehicle from top to bottom, it gives an impression of a horseshoe crab. “It needed to look like an alien spaceship, and I promise you it does," Nathan Malinick, Hennessey’s design director told Bloomberg. “This is [like] something from Deep Space," he added. 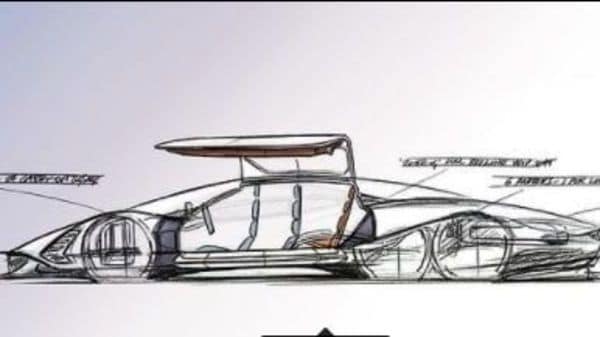 Though much detail is not available about the performance of the vehicle, Hennessey says that the powertrain will exceed 2,000 horsepower and hit top speeds of an estimated 200mph. However, the company doesn't intend to make it enter the competition of being the fastest car. “This car is not designed to go to the Circuit of the Americas [Formula 1 race track] and try to set a lap record," said Malinick.