Haryana's own electric vehicle policy to be finalised within a month

Haryana will become the 20th state across the country to come up with their own electric vehicle policy.Exemptions are likely to be offered to those who set up EV charging infrastructure in the state.
By : HT Auto Desk
| Updated on: 22 Oct 2021, 10:31 AM 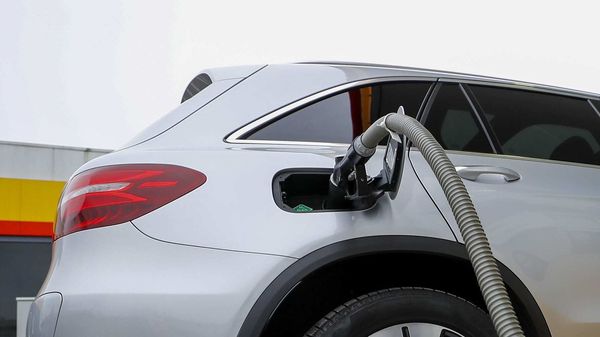 Haryana to become 20th state to come up with its own electric vehicle policy in the next few weeks. (File photo used for representational purpose only).

Haryana is all set to come up with its own electric vehicle policy. The government has said that it will finalise its Electric Vehicle Policy 2021 within the next month. The announcement was made by Dushyant Chautala, Deputy Chief Minister of the state, on Thursday.

Chautala made the announcement after meeting state officials from the Industries and Commerce Department for final consultations on the matter. He said that the state aims to bring out one of the best EV policies in India, focussing on promotion of electric vehicles.

Once finalised, Haryana will become the 20th state in India to have its own EV policy. Neighbouring states like Uttar Pradesh, Punjab and Uttarakhand have already finalised their own EV policies much ahead of the state.

The Haryana government has said that three rounds of discussions have been held with the officials earlier to frame the EV policy. The policy is being formulated while focusing on the electric vehicle manufacturers in an effort to not only bring in investment in the state, but also set up EV manufacturing facilities in Haryana. The state is home to some of the top carmakers in India, including Maruti Suzuki and Honda Motor, and two-wheeler manufacturers like Hero MotoCorp. Manesar is one of the biggest auto manufacturing hub in the state.

The Haryana EV policy also aims to provide tax exemptions to people setting up EV charging stations. This is besides the EV subsidies that the state government plans to give in order to help people switch to electric two-wheelers, three-wheelers and four-wheelers.

The state government also plans to have maximum electric vehicles in the state within this year.