Hamilton's team ahead of Rosberg's in Extreme E qualifying

The brainchild of Formula E founder Alejandro Agag, Extreme E aims to highlight climate change and promote sustainability by racing in remote parts of the world affected by global warming and environmental damage.
By : Reuters
| Updated on: 03 Apr 2021, 20:56 PM 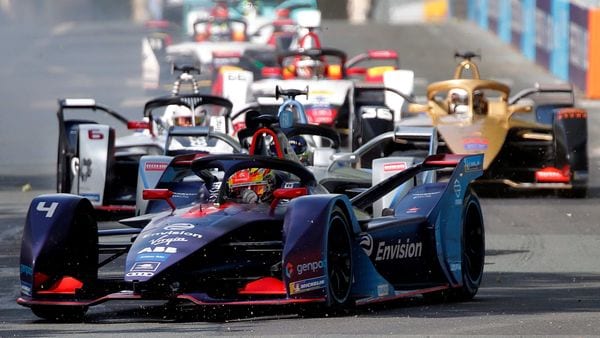 Representational File photo - A Formula E race underway in Paris in April of 2019.

Lewis Hamilton beat old Formula One rival Nico Rosberg in the battle of team owners in qualifying for the first race of the new electric off-road Extreme E series in Saudi Arabia on Saturday.

Rosberg X Racing, run by the retired 2016 F1 world champion and Hamilton's former Mercedes team mate, would have been fastest but picked up a penalty for speeding in the driver switch zone.

Teams have only one car, with a male and female driver doing a lap each.

Rosberg, who unlike Hamilton was on site to watch the series' debut, said there had been a problem with the speed limiter.

Only six of the nine teams ran in second qualifying with Veloce pulling out of the event altogether due to car damage caused by French driver Stephane Sarrazin crashing heavily.

That withdrawal came as a blow for British team mate Jamie Chadwick, winner of the first all-female W Series, who had yet to run.

The JBXE team entered by 2009 F1 champion Jenson Button, who is also competing, were sixth fastest.

The brainchild of Formula E founder Alejandro Agag, Extreme E aims to highlight climate change and promote sustainability by racing in remote parts of the world affected by global warming and environmental damage.

There are five rounds ranging from locations in the Arctic to the Amazon.