Only a quarter of US fire departments have dedicated training for fighting blazes involving the electric vehicles, according to the survey.
By :
| Updated on: 08 Oct 2020, 10:55 AM 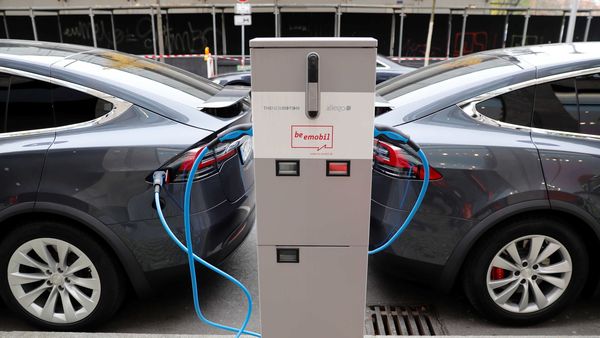 Half of US fire departments have no protocols in place to fight fires that break out in the growing number of battery-powered vehicles on the road, according to accident investigators.

Only a quarter of fire departments have dedicated training for fighting blazes involving the electric vehicles, according to the survey released Wednesday by the National Transportation Safety Board.

The survey conducted by the International Association of Fire Chiefs and the National Volunteer Fire Council was one of 17 reports, documents and other evidence released by the NTSB as it prepares to issue broad findings on growing risks of battery fires.

The Safety Board began its investigation after a series of crashes in which batteries on cars, including several cases involving Tesla Inc. vehicles, burst into flames after crashes.

After a March 23, 2018, accident on a California freeway, a Tesla Model X caught fire twice within 24 hours and again six days later.

The NTSB has also documented instances in which firefighters didn’t use the preferred method to fight a battery fire: copious amounts of water to cool overheating power packs and tamp down flames.

The most aggressive fires have involved lithium-based batteries, which can self-ignite and are difficult to extinguish, such as those installed on Teslas.

The survey of 32 fire departments was compiled in 2018, according to the NTSB records released Wednesday. At least 65% of departments said awareness of electric vehicles, training for those type of fires and a lack of funding were all “obstacles" to how they responded.