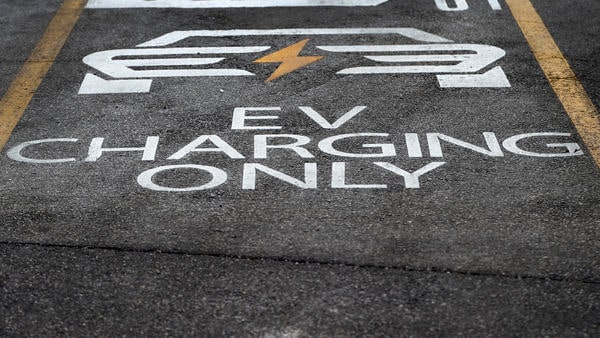 From public transport to cycling, sustainable transport is on course to overtake driving in the world's biggest cities within a decade, according to a study released on Monday.

Private car trips will drop by 10% on average by 2030 to make up less than half of all city journeys, while public transport, walking and bicycle will all increase in popularity, the Mobility Futures study found.

"It's a job for every mayor, for every city government to do something," said Rolf Kullen, mobility director at research consultancy firm Kantar, which produced the study, based on surveys in 31 cities.

More than half the world's population lives in cities and that is expected to rise to almost 70% by 2050, creating increasing pressure for space.

Many urban authorities battling gridlocked centres and air pollution are looking to discourage private car journeys, while a boom in bike-sharing schemes and electric-powered small vehicles are giving residents new ways to get around.

Private car journeys currently represent just over half of all trips made in major cities, but will sink to 46% by 2030, according to researchers who surveyed more than 200,000 residents in cities from New York to Nairobi.

Trips made on public transport, bicycle or on foot will all rise to reach a combined 49% of city journeys over the same period, creating a global "tipping point" towards sustainable travel, found the study.

Much of the change is being driven by a rise in rental transport schemes and moves by authorities to share the streets, said researchers, while a generational shift has seen younger people embrace new ways to get around.

Some 40% of people globally said they were open to new forms of travel, said researchers, though cities must act to invest in technology such as digital payments and sharing schemes to enable the shift towards greener transport.

Growing awareness of pollution and congestion caused by car use was helping to drive change, agreed Yoann Le Petit from environmental campaign group Transport And Environment, though he said cities should go further.

"We are witnessing this trend but we should not just relax and lay back," he told the Thomson Reuters Foundation.

"We should really make sure that the alternatives to a private car are zero-emission, are shared and are attractive at the same time."