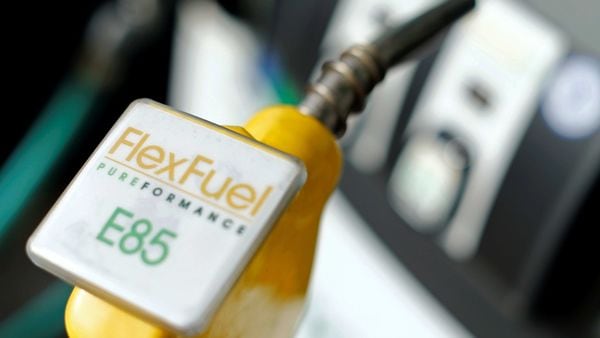 Union minister for road transport and highways has been emphasising on biofuels for the Indian mobility sector for quite some time. He again said on Wednesday that the country will soon have a policy for flex-fuel engines.

The union minister also said that India is shifting its public transport fleet to green fuels such as bio-CNG, ethanol, methanol, electric and green hydrogen. The emphasis on greener fuel solutions would also provide the citizens with some relief from surging petrol prices, claimed Gadkari.

"India is committed to an eminently achievable clean energy-based economy, through an annual road-map for production, supply of ethanol till 2025-26, and systems for its countrywide marketing," Gadkari said.

The minister further said that the union government will soon announce a policy for flex-fuel engines. "This policy will encourage automobile manufacturers to produce such engines," he added.

Gadkari also believes that India is gaining good momentum in the electric vehicle ecosystem. "There is a good response for battery operated small electric vehicles like e-scooter, electric three-wheelers, e-rickshaws, e-carts, and e-bikes in the country," he said.

The minister further added that the road ministry is planning to run long-run intercity buses on green hydrogen. "Both battery electric vehicle and fuel cell vehicle technologies are complementary to each other and are all set to overtake fossil-run automotive by 2050 in the country," the minister added.

Electric vehicle adoption in India is still very low as compared to fossil-fuel vehicles. However, the growth in electric vehicle sales is growing slow but steady on the back of increased preference for personal mobility and sky-high petrol-diesel prices. Several state government EV policies and the FAME-II scheme too are playing crucial roles in the growth of electric vehicles.