Nitin Gadkari has said that the government is giving highest priority to developing the road network near the border areas of Arunachal Pradesh, Himachal Pradesh and Jammu & Kashmir.
By : HT Auto Desk
| Updated on: 13 Mar 2022, 11:40 AM 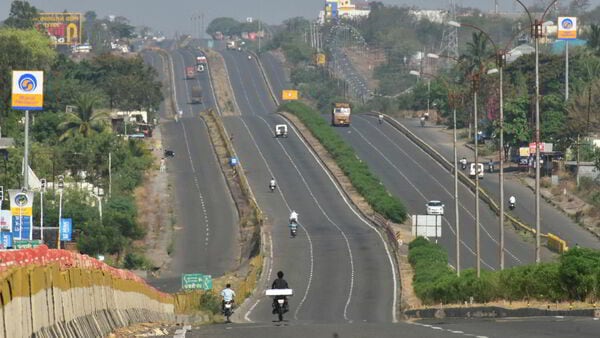 Minister of Road Transport and Highways Nitin Gadkari has said that the government is targeting a pace of 50 km per day for the construction of national highways in the country, and expressed hope that the pace in the current fiscal year will be higher than that in 2020-21.

Speaking at the 'ET Global Business Summit' virtually, the minister said that the government is giving highest priority to developing the road network near the border areas of Arunachal Pradesh, Himachal Pradesh and Jammu & Kashmir. "Now, we want to go up to (construct) 50 km per day (highway)," he said.

In fiscal 2020-21, the pace of national highway (NH) construction in the country touched a record 37 kilometre per day. The ministry has recently signed a file to award contracts for construction of 1,000 km highway.

Gadkari further said that though the National Highways Authority of India (NHAI) and National Highways and Infrastructure Development Corporation Ltd (NHIDCL) faced some problems due to coronavirus, the government will try to break the record of previous fiscal year's highway construction up to this fiscal ending this March.

The minster also pointed out that his mission is to reduce logistics costs of the constriction as well. He noted that currently the logistics cost in the country is 16 per cent as compared to 12 per cent in China while in European countries, it is 10 per cent.

Also read | With aim of 50 kms of highways per day, Centre may hike budget by 30%: Report

Gadkari has time and again highlighted that a robust road network in the country provides a means of economic progress, and the expansion of the national highways network too could further quicken the pace in this regard.

In the Union Budget this year, finance minister Nirmala Sitharaman had said that the government plans to increased the national highways in the country by 25,000 kilometres during 2022-23.