While the passenger vehicle segment as well as three-wheeler commercial vehicles have seen EV push in recent years, public transport has been largely happening over the more unclean diesel or compressed natural gas.
By : PTI
| Updated on: 11 Jan 2021, 05:36 PM 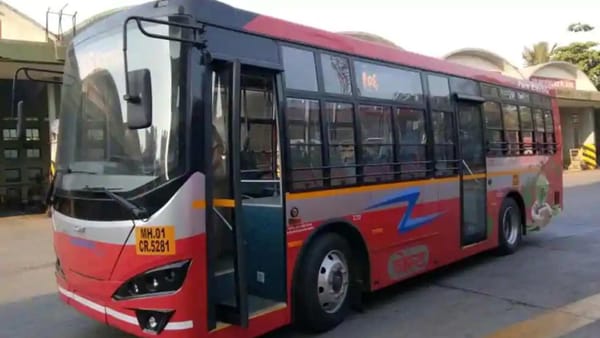 India has given incentives for buying electric 2 and 3 wheelers till now, and should shift focus on making it possible for public transport to move on eco-friendly fuels, Niti Aayog chief executive Amitabh Kant said on Monday.

The CEO of the government think-tank said the Centre has rolled out incentives of USD 1.3 billion for purchase of 20 lakh electric two- wheelers and three-wheelers till now.

“The focus should be on moving towards EVs, but also on moving people and not moving vehicles which can be achieved through public transportation and its electrification," Kant said, speaking at a virtual event organised by Repos Energy and Tata Motors.

It may be noted that even as carmakers and also startups focusing on 2-wheelers launch electric variants, public transport has been largely happening over the more unclean diesel or compressed natural gas. A few cities like the financial capital have a few electric buses.

Kant said over 80 per cent of the vehicles sold in India are two-wheelers and three-wheelers, and added that when combined with the public transport, it would take care of mobility requirements for a bulk of the population.

The incentives announced by the government will bring an additional 10 lakh electric 2-wheelers and 5 lakh 3-wheelers, he said.

Kant said cities also need to embrace the new paradigm of 'transit oriented development' where public transport is the backbone, adding that this will be a key determinant of ease of living.

“E-mobility disruption should provide accessible, affordable, inclusive and safe transportation options to people across the world and in India," he said.

Kant said the overall prices of the electric mobility have gone down and the system of swapping batteries has got the price of electric vehicle at par with internal combustion engine (ICE) and added that the prices of battery have fallen by 90 per cent.

He said energy consumption growth in India will be driven by renewable energy sources going forward and affirmed that the country is the only one in the G-20 grouping which will be meeting its commitments under the Paris climate change accord.

The per capita energy consumption in India is at 30 per cent of the world average at 0.44 tonnes of oil equivalent per annum, but is driven largely by fossil fuel-based sources like coal, biomass and oil, he said.

One of the advantages possessed by India is the low car penetration at 20 cars per 1,000 population as against 800 in the US, Kant said, explaining that "we will not have to replace existing vehicles."