Environment Minister Prakash Javadekar urges people to make use of EVs, says he uses an electric two-wheeler himself.
By : HT Auto Desk
| Updated on: 08 Sep 2020, 08:46 AM 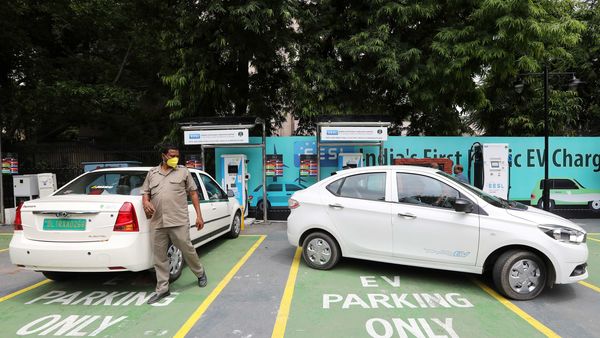 Javadekar, while addressing a webinar on the first ever International Day of Clean Air for Blue Skies, said, "We did not have to celebrate blue skies day earlier, but with industrialisation and huge increase in population, number of vehicles, waste and dust, pollution has gone up."

He also said that more public transport could lessen pollution.

"We have shifted to the BS 6 fuel to curb pollution. I believe that more the public transport, lesser the pollution. I use an electric two-wheeler and we bring our household goods using that vehicle, I urge people to use more of electric vehicles," the minister said.

(Also read: 69,000 fuel stations across India may get charging kiosks)

“In Delhi we also have electric three-wheelers which are of great significance. States must decide on these three things - using cleaner fuels, building good roads to ease traffic and ensuring that brick kilns use zigzag technology. It is also the states' responsibility," Javadekar said.

The webinar was joined by principal secretaries of the urban development department and environment department of 28 states and eight union territories.

Commissioners of 122 cities as identified in the National Clean Air Programme also participated in the webinar.

Prime Minister Narendra Modi in his address from the Red Fort on this Independence Day, had highlighted the need of “Holistic Improvement in Air quality" in 100 cities.

The General Assembly of the United Nations on December 19 last year had adopted a resolution to observe the International Day of Clean Air for Blue Skies on September 7 every year starting from 2020.