GM, Ford in final lap to make ventilators to help US battle coronavirus 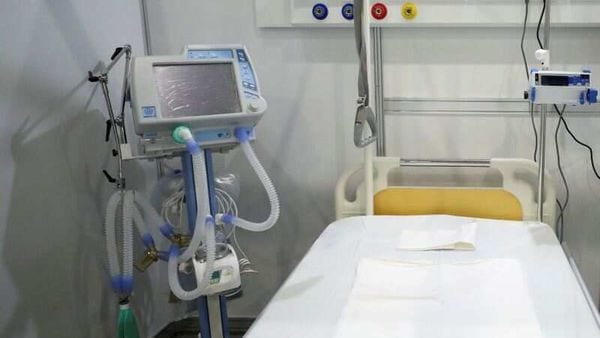 General Motors Co and Ford Motor Co said on Tuesday they are close to completing production of ventilators ordered by the Trump Administration in response to the surge in coronavirus cases, and are ramping down or exiting the operations.

Many of the ventilators assembled by the automakers and other manufacturers have gone into a US government stockpile as doctors shifted away from using invasive ventilators with Covid-19 patients. The government currently has 108,000 ventilators in its medical equipment stockpile, and 12,000 deployed at US hospitals, the US Health and Human Services department said Tuesday.

GM and medical equipment maker Ventec Life Systems are in the "home stretch" toward completing a contract to deliver 30,000 critical care ventilators by the end of August under a $489 million contract with the federal government, the automaker said.

Ford has assembled about 47,000 of the 50,000 ventilators it agreed to supply to partner General Electric Co, Ford spokeswoman Rachel McCleery said. GE has a $336 million contract with the government.

HHS said it has received more than 69,000 ventilators assembled by GM and Ford and their partners, and "both of these delivery schedules are nearly complete."

Ford and GM earlier this year said they would employ a total of as many as 1,500 people on ventilator assembly lines. Automakers likened the efforts to their switch from making cars to tanks and planes during the Second World War.

With North American car and truck factories back in operation, the Detroit automakers are winding down their forays into ventilator manufacturing, but continuing to make respiratory masks.

GM has said it plans to transfer the ventilator-making operations at a factory in Kokomo, Indiana, to its partner Ventec on Sept.1. Union-represented GM workers employed at the plant will return to the automaker, and temporary workers will remain with Ventec.

Ford transferred full-time workers who were building ventilators back to their home plants in May, and the majority of the temporary workers still assembling ventilators will have opportunities to land jobs building the new Ford Bronco SUV at a factory near Detroit, a company spokeswoman said Tuesday.

The automakers' efforts to build ventilators and other medical equipment were launched in a politically charged atmosphere as the first wave of the Covid-19 pandemic swamped the US economy and healthcare system. The shortage of ventilators became a symbol of the nation's struggle to respond.

US President Donald Trump put pressure on the automakers as part of a broader push to secure more than 130,000 ventilators by the end of 2020.

The automakers used the medical equipment assembly operations set up in the spring to test safety protocols they later used to reopen their vehicle-making operations.