Trump announced on Friday that he was using the Defence Production Act (DPA) against auto giant General Motors to make ventilators.
By : IANS
| Updated on: 29 Mar 2020, 17:23 PM 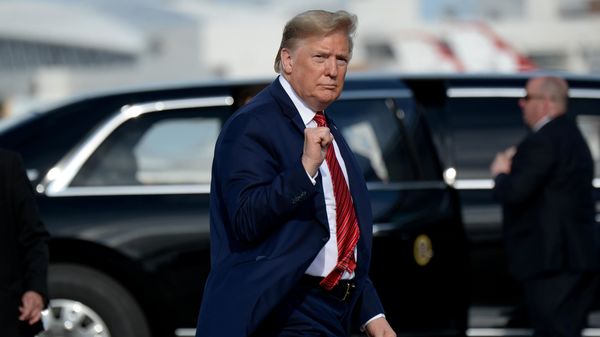 US President Donald Trump has invoked special defence powers to force auto giant General Motors to make ventilators urgently needed to treat coronavirus patients after the company had backtracked on earlier promises and haggled over prices.

Announcing on Friday that he was using the Defence Production Act (DPA) against GM, Trump said: "We thought we had a deal for 40,000 ventilators and, all of a sudden, the 40,000 came down to 6,000. And then they talked about a higher price than we were discussing, so I didn't like it."

The availability of ventilators has become the touchstone of the nation's preparedness to meet the pandemic as the US became the country with the most cases, recording 104,463 confirmed cases by Friday night, with 1,706 deaths.

Reflecting the seriousness of the situation, a hospital group in Michigan state had reportedly written a letter on rationing health care if there was a shortage of life-saving equipment.

According to CNN, the document said: "Patients who have the best chance of getting better are our first priority."

Patients seen as facing severe conditions with little chances for recovery could be denied ventilators, it reportedly said.

The hospital group told CNN it was not currently a policy but was meant for "absolute worst case scenario".

Although there were enough ventilators available for the needs at the moment, many governors and mayors expect the need to go up sharply when the COVID-19 cases increase as the infection spreads.

New York Governor Andrew Cuomo and others had repeatedly asked Trump to use the DPA to ramp up production of ventilators and other sorely needed medical supplies.

But Trump had resisted their demands saying that companies were voluntarily complying with the requests and did not want to take the "socialist" approach of forcing governmental controls on companies and instead would rely on voluntary measures.

He changed his mind on Friday during the dispute with quantity and prices with GM, which he criticised for shutting down a plant in the US and moving operations abroad while foreign auto companies were expanding.

Illinois Governor Jay Pritzker, a Democrat, welcomed the invoking of the DPA calling it "terrific."