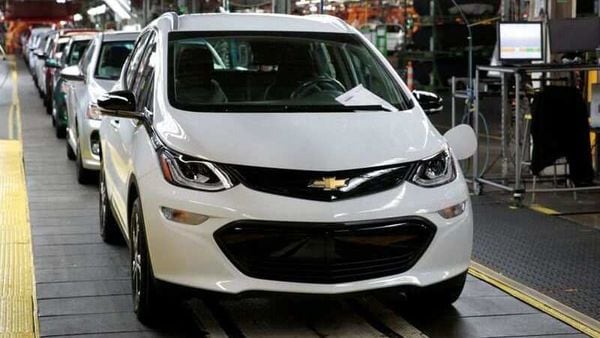 General Motors Co. is recalling about 70,000 of its Chevrolet Bolt battery-powered cars due to a fire risk, the latest in a series of safety-related automaker callbacks stemming from problems with electric-vehicle batteries.

The Detroit-based company said Friday it is recalling 68,667 2017-2019 model year Bolt hatchbacks delivered globally, including almost 51,000 sold in the US, with high-voltage batteries made by LG Chem Ltd that may catch fire when charged above 90%.

“We’re working around the clock together to come up with the root cause of this issue," said Dan Flores, a GM spokesman.

The recall involves cars with South Korean-made batteries used in Bolts for its debut 2017 model year and also the 2018 model year, as well as some for 2019. The remainder and all 2020 model-year cars use batteries made in the US.

GM is asking Bolt owners to take their cars to dealerships for a software upgrade that will limit recharging to 90% of full battery capacity as a short-term fix as it works to find a permanent remedy.

NHTSA issued a statement Friday urging owners of the vehicles to park outside and away from their homes as a precautionary measure. The Department of Transportation agency said it is aware of five incidents involving Bolt fires and two injuries. “At least one of the fires spread from the vehicle and ignited a home," it said.

The US is the largest market for the Bolt, followed by South Korea and Canada. It is also sold in a handful of other countries, including Mexico, Ecuador and the United Arab Emirates.