GM and LG Chem are in advanced talks with Tennessee officials to build the plant, which is expected to be located near GM's Spring Hill assembly plant in the US.
By :
| Updated on: 05 Mar 2021, 01:40 PM 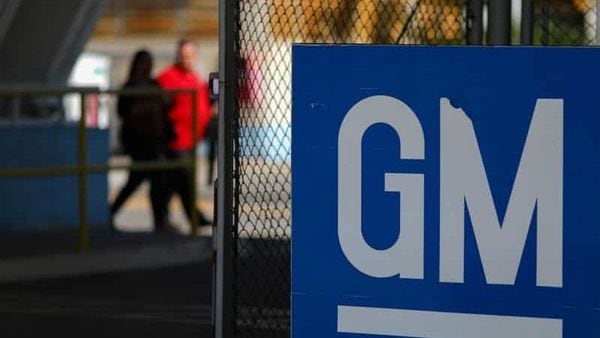 The largest US automaker confirmed it is "exploring the feasibility of constructing a second, state of the art battery cell manufacturing plant in the United States" with LG's battery unit LG Energy Solution, via its Ultium Cells LLC joint venture.

GM and LG Chem are in advanced talks with Tennessee officials to build the plant, which is expected to be located near GM's Spring Hill assembly plant, two people briefed on the matter said. It would be similar in scope to its $2.3 billion joint-venture battery plant in Lordstown, Ohio, which is under construction, the sources said.

GM said in October it would invest $2 billion in Spring Hill to build electric vehicles, including the Cadillac Lyriq.

The Detroit automaker said last year it was investing $27 billion in electric and autonomous vehicles over the next five years, up from $20 billion planned before Covid-19.

One source said GM expects to need additional battery plants - beyond the one set for Tennessee - to meet aggressive EV targets through the end of the decade. GM unveiled a bold aspiration in January to halt sales of all light-duty gasoline- and diesel-powered vehicles by 2035. Thursday's announcement came a day after the disclosure that the US Transportation Department will analyze the impact of an electric vehicle battery trade ruling against SK Innovation Co Ltd on President Joe Biden's green transportation goals in an ongoing trade fight with LG Chem.

LG Chem's battery unit, LG Energy Solution, said in a statement it was in talks to make further investments with GM, but could not disclose the specifics.

"LG Energy Solution is also planning additional capacity expansion for other global OEMs (original equipment manufacturers) located in the US," it said.

GM and LG Chem's vehicle battery-cell joint-venture plant in Ohio will be one of the world's largest battery facilities.

The plant, being built near GM's closed assembly plant in Lordstown, will accelerate the automaker’s plan to introduce 30 new electric vehicles (EVs) globally by 2025.

GM Chief Executive Officer Mary Barra has said the company wants to exceed its prior target of annual sales of 1 million EVs in the United States and China by 2025.

Most battery manufacturing is currently concentrated in Asia and Europe, while Tesla Inc largely controls most US battery production.