General Motors aims to sell only electric vehicles by 2035

GM will have to convert every model it sells to run on battery power or possibly hydrogen to meet its target.It aims to lower the price of some electric vehicles to make them accessible to more new-car buyers.
By : Reuters
| Updated on: 29 Jan 2021, 08:33 AM 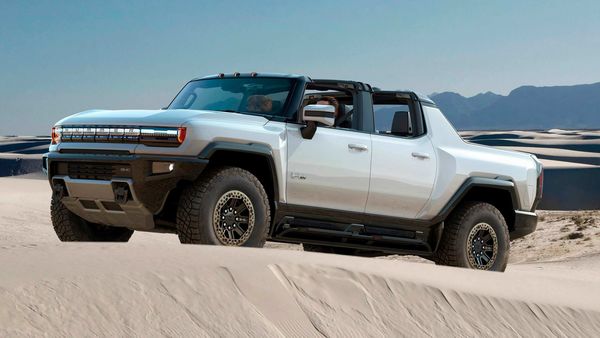 General Motors Co said Thursday it was setting a goal to sell all its new cars, SUVS and light pickup trucks with zero tailpipe emissions by 2035, a dramatic shift by the largest US automaker away from gasoline and diesel engines.

GM, which also said it plans to become carbon neutral by 2040, made its announcement just over a week after President Joe Biden took office pledging to tackle greenhouse gas emissions and dramatically boost the sales of electric vehicles.

GM sold 2.55 million vehicles in the United States last year, only about 20,000 of which were EVs. It said in November it was investing $27 billion in electric and autonomous vehicles over the next five years, up from $20 billion planned before the coronavirus pandemic.

GM, which was up as much as 7.4% on Thursday, was trading up 3% at midday eastern time.

GM Chief Executive Mary Barra has aggressively pushed the automaker internally to embrace electric vehicles and shift away from gasoline-powered vehicles. She said in a statement the automaker had worked with the Environmental Defense Fund (EDF), an environmental advocacy group, to "develop a shared vision of an all-electric future and an aspiration to eliminate tailpipe emissions from new light-duty vehicles by 2035".

In September, California Governor Gavin Newsom said the state plans to ban the sale of new gasoline-powered passenger cars and trucks starting in 2035. Several states including Massachusetts say they plan to follow suit.

"We're taking actions so that we can eliminate tailpipe emissions by 2035," said Dane Parker, GM's chief sustainability officer, in a briefing with reporters. "Setting a goal for us 15 years from now is absolutely reachable."

EDF President Fred Krupp said in a statement: "with this extraordinary step forward, GM is making it crystal clear that taking action to eliminate pollution from all new light-duty vehicles by 2035 is an essential element of any automaker’s business plan."

GM also said it will source 100% renewable energy to power its US sites by 2030 and global sites by 2035, five years ahead of a prior goal.

More than half of GM’s capital spending and product development team will be devoted to electric and electric-autonomous vehicle programs, GM said.

Biden on Monday vowed to replace the US government's fleet of roughly 650,000 vehicles with electric models as the new administration shifts its focus toward clean-energy.