Diesel price has been increased by 20 paise per litre on Friday after it fell three weeks ago. However, there is no revision in the price of petrol in the latest hike.
By : HT Auto Desk
| Updated on: 24 Sep 2021, 11:16 AM 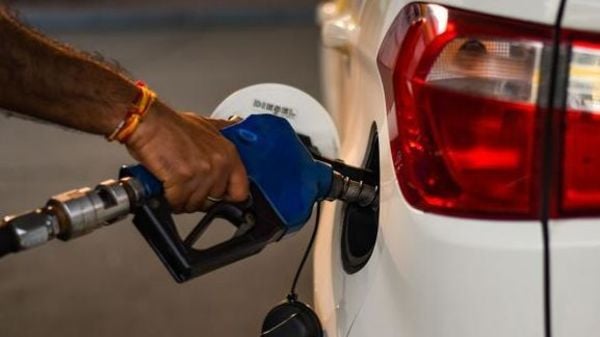 Diesel price has been increased on Friday after a gap of 19 days.

Diesel price has gone up once again after a hiatus of around three weeks. On Friday, oil companies have increased the price of diesel by 20 paise for a litre amid rising demands.

A litre of diesel will now cost ₹88.82 in Delhi, up from the low of ₹88.62 per litre on September 5. The price of diesel had hit record high in Delhi back in July when it used to cost ₹89.87 per litre.

The price of petrol remains unchanged in the latest revision of fuel prices. Petrol price, which is steady at ₹101.19 per litre, has remained constant since the last fuel price hike happened on September 5.

Since May last year, petrol and diesel prices have gone up by more than ₹30 per litre. After reaching record highs across all over the country, petrol price was reduced by 65 paise for a litre and diesel by ₹1.25 per litre.

The cost of these fuel are much higher than it should have cost straight out of a refinery because of several Central and state taxes levied on them. For instance, In Delhi, Centre's tax contributes to 32.5% of petrol's retail price besides the state government's taxes in form of Value Added Tax (VAT) constitutes another 23.07% of the overall price. On diesel, the central excise is over 35.8% while VAT is more than 14.6%. Currently, the Centre levies excise duties of ₹32.80 per litre on petrol and ₹31.80 on diesel.

There were slim hopes that the Centre and states will agree to include petrol and diesel under the GST regime, which would have substantially reduced the price of the fuel. But a GST Council meeting that was held last week, has deferred the matter indefinitely after state governments objected to discussing the matter.