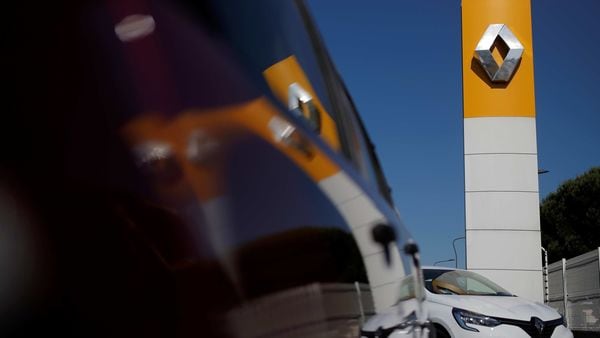 A logo of Renault carmaker is pictured at a dealership in Nantes, France.

French carmaker Renault is about to announce plans to cut 5,000 jobs by 2024 in its drive to save 2 billion euros ($2.20 billion) in costs, according to a report published Tuesday by Le Figaro.

The company, still awaiting finalisation of a planned 5 billion euro state loan pending talks between management and unions over the workforce and plants in France, will not resort to outright lay-offs, the newspaper said on its website.

Renault will prioritise "the non-replacement of employees planning to retire", Le Figaro added.

Renault declined to comment on Le Figaro's report when contacted by Reuters.

Reuters reported on Monday that Renault, which had a 48,500-strong workforce in France as of 2019, could unveil job cuts and plant closures on Thursday as part of its cost-saving plan.

Earlier on Tuesday, President Emmanuel Macron announced an 8 billion euro plan to make France the top producer of clean vehicles in Europe and urged French carmakers to make vehicles in their own country.

Renault is 15% owned by the French state.