Home Auto News Free Ev Charging In Delhi To Start From June. But There Is A Catch

Free EV charging in Delhi to start from June. But there is a catch

Free EV charging options will be available across Delhi starting from June 1 only in select locations with specific timings. Details here.
By : HT Auto Desk
| Updated on: 06 Apr 2022, 09:54 AM 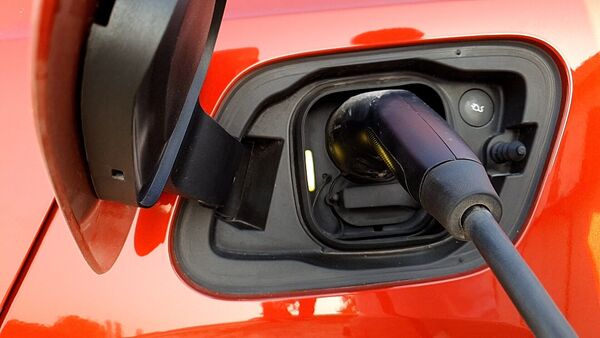 EV owners in Delhi will be able to charge their vehicles free of cost between 12 noon and 3 pm at over 40 public charging stations across the national capital from June 1.

EV owners in Delhi will be able to charge their electric vehicles for free starting from June 1. An initiative has been taken by a charging startup to provide free EV charging in the city at select locations. The agency, called ElectriVa, has set up around 40 chargers for electric cars and two-wheelers across Delhi to allow Delhi's EV owners with this opportunity. The move is aimed at promoting the use of electric vehicles and also to incentivise EV charging at public stations. EV charging rates during morning and evening hours in Delhi is usually around ₹10 per unit.

The EV charging startup will open its stations from June onwards. The free charging of EVs will only be allowed between 12 noon and 3 pm at its public charging stations across the national capital. The free charging will be provided at around 35 charging stations operational along the ring road at locations including South Extension, Bikaji Cama Place, Defence Colony, Lajpat Nagar, Mayur Vihar, Netaji Subhash Place, South Campus, Nelson Mandela Road, Hauz Khas, Green Park, Greater Kailash, Punjabi Bagh, Rohini, Saket, Shalimar Bagh, Preet Vihar among others.

Sumit Dhanuka, Founder of ElectriVa, said, “We will provide charging to all commercial and non commercial EV users for free between 12 noon and 3 pm. By providing free charging during afternoon hours, we want to bolster the EV ecosystem in the national capital. Presently it is important to incentivise public charging to make people switch from fossil fuel to electric vehicles."

Dhanuka also added that ElectriVa will set up a EV charging stations every three kilometres in Delhi. The locations for the new EV chargers have already been allotted by the three civic bodies.

"Public charging will change the charging pattern of EV users if properly incentivised. It should be prioritised and this narrative has to change with speed in public charging infrastructure work," Dhanuka said. He also said that battery swapping facilities will also be provided at charging stations soon. He said 100 more charging stations are being set up in Delhi in partnership with government agencies across the city.