The startup Wallbox founded electric car charger that is bi-directional, can send excess power from a battery to a residential circuit. It claims a fully charged Nissan Leaf can power a house for almost a week.
By : Bloomberg
| Updated on: 13 May 2020, 09:55 AM 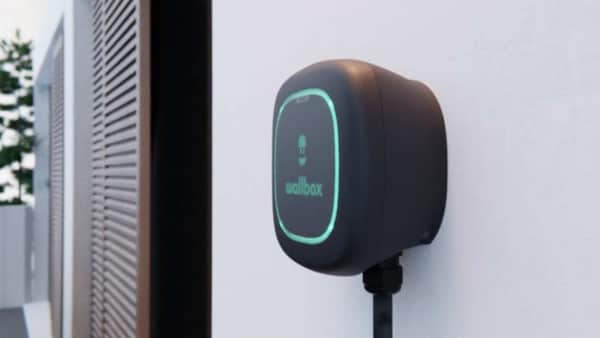 Initial trends out of China show that the pandemic led to “a rejection of public transport as a means to get to work, and an increase of demand for using private cars," said Chief Executive Officer Enric Asuncion. This trend complements green policies in Europe and China already in place before the pandemic, he said.

The auto industry has been particularly damaged by the pandemic, with lockdowns shutting dealerships and factories and crimping supply chains. Several large automakers threw out forecasts for the year, unsure of how long the impact would last. Still, as drivers return to work in China, road traffic is up and subway use is down in major cities, according to BloombergNEF. Demand for electric cars in the country is likely to follow, recovering in the second quarter, BNEF analysts said in a forecast.

Iberdrola SA, Spain’s largest utility, and local venture capital firm Seaya Ventures took part in an expanded 23 million-euro ($25 million) funding round for Wallbox last month. The company’s going to use the funds to hire about 100 workers, increasing staff numbers by 50%, to expand in China and to break into the U.S., Asuncion said.

Asuncion was working at Tesla in 2015, overseeing charging installations in Europe, when he and fellow engineer Eduard Castaneda decided to found Wallbox.

“I realized everybody -- carmakers, utilities and suppliers -- were focused on chargers for public spaces. But nobody seemed to be thinking about residential chargers," Asuncion said. “We are seeking to fill that niche."

What makes Asuncion’s chargers unique is that they’re bi-directional, able to send excess power from a battery to a residential circuit, making the company particularly attractive to utilities. A fully charged Nissan Leaf can power a house for almost a week, he said.

Wallbox works with major carmakers including Nissan Motor Co. and Volkswagen AG. About 80% of sales come from outside Spain, in countries ranging from Germany to Norway, its largest market. The company also has a joint venture in China with Changchun Fawsn Group.