Forget electric power, green hydrogen may fuel vehicles in the years ahead

With governments kickstarting growth in a post-pandemic world, investors are pushing the European Union to support hydrogen in areas like trucking and heavy industry.Daimler and Volvo Trucks had unveiled plans last month to bring hydrogen fuelled heavy-duty vehicles to market within the decade.
By : Reuters
| Updated on: 09 May 2020, 11:20 AM 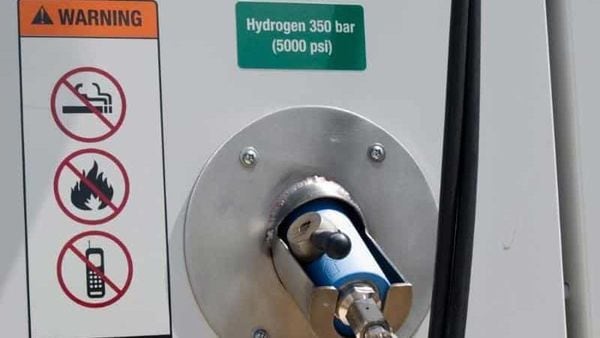 The European Commission has earmarked clean hydrogen as a "priority area" for industry in its Green Deal.

Hydrogen has long been touted as a clean alternative to fossil fuels. Now, as major economies prepare green investments to kickstart growth, advocates spy a golden chance to drag the niche energy into the mainstream of a post-pandemic world.

Green hydrogen was pushed to the fore last week when Fatih Birol, head of the International Energy Agency, said the technology was "ready for the big time" and urged governments to channel investments into the fuel.

Some countries, including the Netherlands, Australia and Portugal, have already begun investing in the technology. Now investors, politicians and businesses are pushing the European Union and others to use its post-crisis recovery plan to support hydrogen in areas like trucking and heavy industry.

The promise of hydrogen as a fuel to help power vehicles and energy plants has been a talking point since the 1970s, but it is currently too expensive for widespread use. Proponents say infrastructure investment and more demand from transport, gas grids and industry will bring the cost down.

Most hydrogen used today is extracted from natural gas in a process that produces carbon emissions, which defeats the object for many policymakers. But there is potential to extract "green" hydrogen from water with electrolysis, an energy-intensive but carbon-free process if powered by renewable electricity.

EU officials, one of whom described green hydrogen as the "holy grail", said it could replace fossil fuels in sectors that lack alternatives to align operations with the EU's Green Deal plan to reduce net emissions to zero by 2050.

"Hydrogen could solve a lot of problems. We need everything else as well but the political interest is because to achieve deep energy efficiency and decarbonisation, hydrogen seems relatively easy," said Jesse Scott, senior advisor at think-tank Agora Energiewende.

"It is less alarming (for policymakers) than some other elements for meeting net zero," she added, such as carbon removal technology for example. 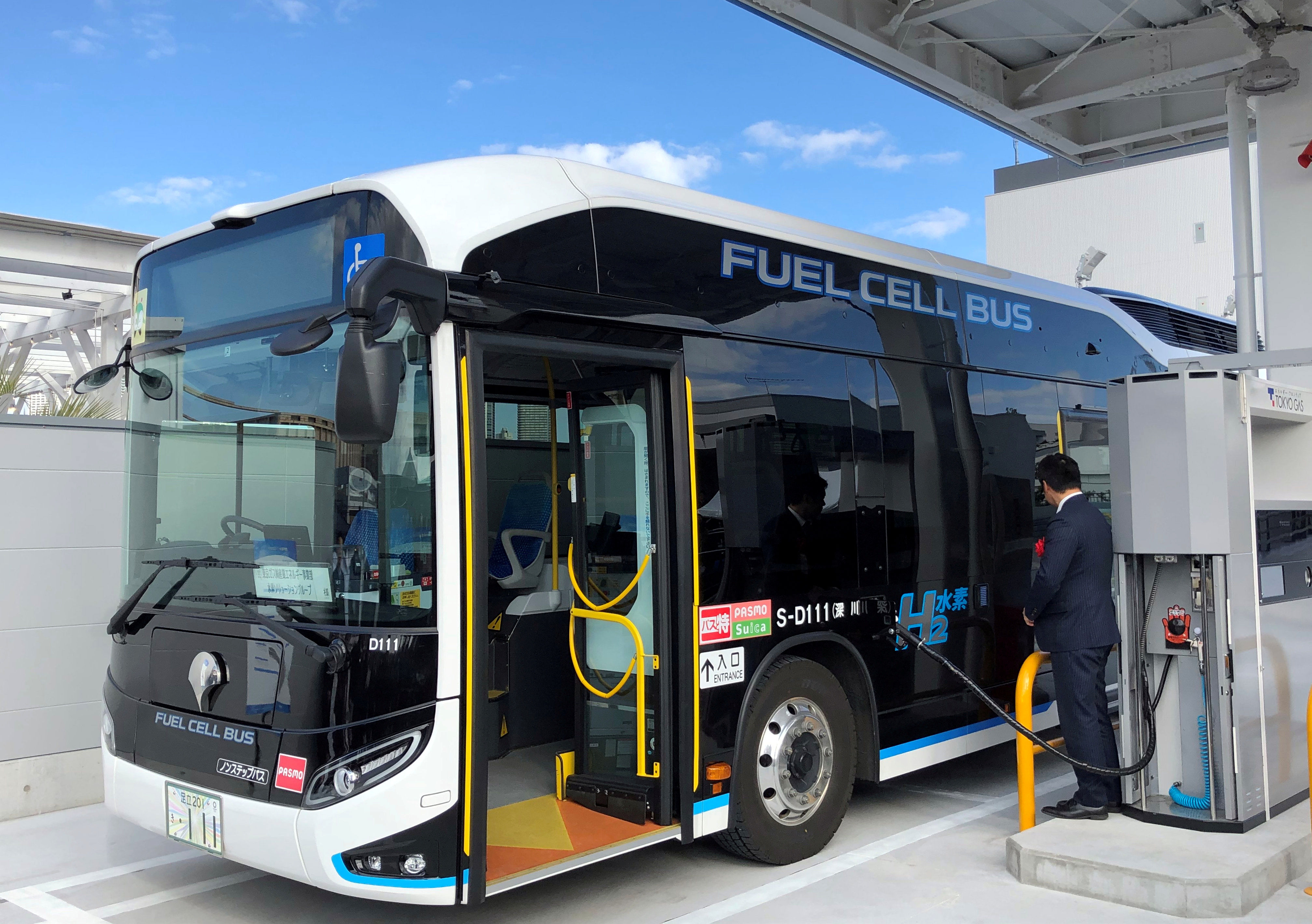 "We could use these circumstances, where loads of public money are going to be needed into the energy system, to jump forward towards a hydrogen economy," said Diederik Samsom, who heads the European Commission's climate cabinet.

This could result in hydrogen use scaling up faster than was expected before the pandemic, he added.

The European Commission has earmarked clean hydrogen - a loose term which can include gas-based hydrogen, if fitted with technology to capture the resulting emissions - as a "priority area" for industry in its Green Deal.

(Also read: A car that emits water vapour: Is BMW's i Hydrogen NEXT the cleanest car ever?)

Over the past year, several governments, including Germany, Britain, Australia and Japan, have announced or have been working on hydrogen strategies and the pace has picked up over the past month during the pandemic.

This week, Australia set aside A$300 million ($191 million) to jumpstart hydrogen projects. Portugal plans to build a new solar-powered hydrogen plant which will produce hydrogen by electrolysis by 2023.

The Dutch government is pushing for the EU to follow suit and present an "action plan" for clean hydrogen, a spokesperson told Reuters.

CAN IT BECOME AFFORDABLE? FILE PHOTO: A Febus hydrogen bus is seen before a presentation in Pau, France. (REUTERS)

When it comes to transport, hydrogen fuel cells trail electric batteries in the push for greener cars, given their higher price and the lack of refuelling stations. But proponents see potential for heavier vehicles.

Hydrogen gas is already used in industry to produce ammonia, which goes into fertilisers, and methanol, used to make plastic.

A major drawback of the green hydrogen that governments are most interested in, is that it requires a large amount of renewable electricity to produce. The good news is, renewables prices have fallen sharply in recent years.

According to Bernstein analysts, hydrogen made from fossil fuels currently costs between $1-$1.8/kg. Green hydrogen can cost around $6/kg today, making it significantly more expensive than the fossil fuel alternatives.

However, increased demand could reduce the cost of electrolysis. Coupled with falling renewable energy costs, green hydrogen could fall to $1.7/kg by 2050 and possibly sub-$1/kg, making it competitive with natural gas. Higher carbon prices would also encourage the shift.

"On hydrogen we are right now where we were with renewables in 2000-2005. Ten to 15 years is probably a good time lapse to become competitive," he added.

Any serious attempt at large-scale use - either in industry or transportation - would also require major infrastructure investments. For example, power from an offshore wind farm would need to be connected to an electrolyser that produces the green hydrogen, which would then need to be transported to end users.

Europe has around 135 MW of electrolyser capacity, but planned green hydrogen projects could bring that to 5.2 gigawatts, according to consultancy Wood Mackenzie. But many projects hinge on further investment partners or subsidies, which advocates fear will be scarcer in the Covid-19-induced economic slump.

"Investments that would have been foreseen to be done now are not made because production is delayed," Jorgo Chatzimarkakis, secretary general of lobby group Hydrogen Europe, told Reuters.

To help lower costs, several projects are being worked on across the gas infrastructure, industry, mining and energy sectors.

Royal Dutch Shell and Dutch gas firm Gasunie unveiled plans in February to build a mammoth wind-powered hydrogen plant in the northern Netherlands, capable of producing 800,000 tonnes of hydrogen by 2040.

In Germany, oil refinery Raffinerie Heide is embarking on a project using excess wind energy and abundant water supply in the region to produce hydrogen to make kerosene.

"The price of hydrogen we pay for now is four times natural gas from an external source fed through the pipeline and produced 30 km away," said CEO Juergen Wollschlaeger.

A big fear for companies in the hydrogen industry is that they will be unable to take advantage of the unique opportunity presented by vast economic stimulus packages, and that governments will favour supporting traditional high-carbon fuel sectors that have been hit hard by a collapse in energy demand.

"For us, that will be the question to be answered in the next weeks. Will the carbon fuel industry succeed in convincing the officials to support them?" Bernd Hübner, chief financial officer at German green hydrogen start-up Hy2gen said.