The battery startup backed by Ford began making battery cells on a pilot line in its Colorado facility during the second quarter of this year.Ford is weighing whether to produce its own battery cells to power the automaker’s new electric model.
By : Bloomberg
| Updated on: 13 Dec 2020, 11:46 AM The startup, which was spun out of the University of Colorado in 2014, began making battery cells on a pilot line in its Colorado facility during the second quarter of this year. Those first-iteration cells already pack 15% to 20% more power than the lithium-ion batteries used in today’s electric cars, Chief Executive Officer Doug Campbell said.

“Assuming everything remains unchanged, and the OEMs continue to operate at the pace that they do, we could support vehicle start-of-production as soon as 2026, but more probable 2027," Campbell said in an interview. “We have a few OEMs we’re in discussions with that have inquired as to whether we could accelerate that."

Taking a battery from the lab to mass vehicle production requires years of testing to make sure it meets automotive standards before the manufacturing process can begin.

Solid Power is in discussions with eight automakers but won’t have a contract until the technology is further along, Campbell said. The time line could move up to 2025 if there’s “extensive cooperation" from a car company, he said. It has raised $26 million in equity financing, including investments from Ford and Hyundai Motor Co.’s venture arm. It also has a joint development agreement with BMW AG. 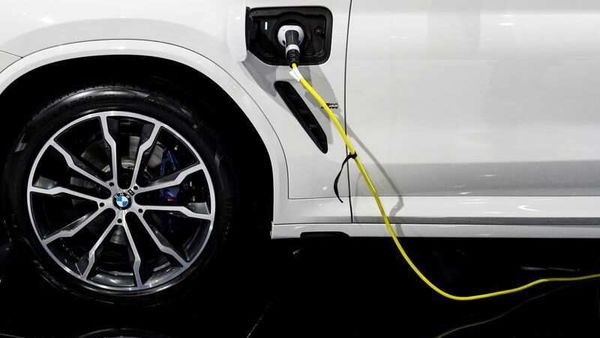 The startup doesn’t intend to seek the billions needed to build a factory from scratch -- it designed its batteries so they can be made in existing plants. Solid Power potentially could partner with established manufacturers such as Panasonic Corp. or Samsung SDI Co., or form a joint venture with an automaker that wants to make its own batteries, as Tesla and General Motors Co. already are doing, Campbell said.

Ford is weighing whether to produce its own battery cells to power the automaker’s new electric models, CEO Jim Farley said last month. Japan’s Toyota Motor Corp. has been working for years to bring vehicles with sold-state batteries to market by the early 2020s.

There’s a crowded field of competitors attempting to deliver solid-state batteries, but so far no one has built a commercial product and put it in a mass-market car for consumers.

QuantumScape Corp., a startup backed by Volkswagen AG, reported new performance data this week for its solid-state technology, claiming the improvements could allow recharging to 80% of full power in 15 minutes, almost twice as fast as a Tesla Model 3. The company estimates its first battery factory will cost $1.6 billion to build. The 50-50 joint venture with Volkswagen is slated to start producing cells in 2024.