Ford, Lyft and Argo team up to deploy robo-taxis 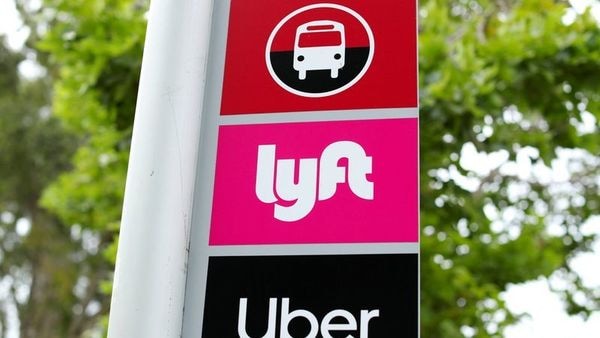 The deal announced Wednesday brings together the three elements essential to deploy robo-taxis -- a big automaker, an autonomous technology creator and a major ride-hailing company.

Ford Motor Co. and its partner Argo AI will start a self-driving ride-hailing service with Lyft Inc. in Miami and Austin, Texas, later this year. It will be the biggest commercial rollout of robot rides.

The deal announced Wednesday brings together the three elements essential to deploy robo-taxis -- a big automaker, an autonomous technology creator and a major ride-hailing company. The plan is to begin significantly expanding the initiative in 2023, with the ultimate goal of dispatching 1,000 self-driving vehicles in the six U.S. cities where Argo has been testing, including Washington.

As part of the deal, Lyft is getting a 2.5% stake in Argo, which has received a combined $3.6 billion in backing from Ford and Volkswagen AG. Lyft isn’t making a cash investment, but is providing Argo access to fleet and safety data that will provide a detailed road map to help establish a large-scale robo-taxi service.

The partnership will drive up Argo’s valuation to $12.4 billion, from a previous value of just above $7 billion, according to people familiar with the deal who weren’t authorized to discuss the details and asked not to be identified.

The robo-taxi service will begin with fewer than 100 self-driving hybrid Ford Escape sport utility vehicles in Miami and Austin, each accompanied by two human minders -- a backup driver behind the wheel who’s ready to take over if needed, along with a worker who monitors the technology driving the operation. The vehicles won’t be restricted to preapproved routes, and passengers will have the option to choose an autonomous vehicle from the Lyft app on their phone at no extra charge.

“You’ll be able to go address to address, they won’t be fixed routes," Bryan Salesky, Argo’s chief executive officer, said in an interview. “It will be just like a vehicle you would hail today except that a robot is driving."

The broad deployment on a familiar ride-sharing app will help to “normalize" self-driving technology for consumers who are reluctant to trust the technology, Jody Kelman, the head of Lyft’s autonomous unit, said in an interview.

“We really want to help consumers on this transition to self-driving technology as a transportation option," Kelman said. “We think the easiest way for a consumer to think about that is it’s priced the same. It’s just like any other ride on Lyft."

Salesky says that his company’s initiative with Ford and Lyft is a more complex endeavor than those currently underway.

“We’re in much more challenging areas," Salesky said. “We’re in cities where there’s a substantial ride-share and goods delivery demand, which makes for great businesses."

In addition to ride-hailing, the self-driving Ford Escapes also will be used to deliver groceries and other small items in partnerships with other companies Salesky didn’t identify.

“It helps us figure out where to put those vehicles," Salesky said. “You really understand what the movement patterns are in cities to make sure we’re mapping and testing in the right areas. And the safety data will help us understand human driving performance."

Lyft sees the deal as pulling together all the players necessary to create a robo-taxi business.

“This collaboration marks the first time all the pieces of the autonomous vehicle puzzle have come together,“ Lyft co-founder and CEO Logan Green said in a statement. “Each company brings the scale, knowledge and capability in their area of expertise that is necessary to make autonomous ride-hailing a business reality."

Ford has had a partnership with Lyft since 2017, though the ride-hailing company also received a $500 million investment from GM in 2016. Kelman said GM no longer has representation on Lyft’s board and the automaker isn’t presently pursuing a robo-taxi deal with Lyft.

The deployment is slightly earlier than expected. Ford previously said the debut was being pushed back to 2022 due to pandemic-related delays.

“This new agreement is a crucial step toward full commercial operations," Scott Griffith, CEO of Ford’s autonomous vehicles and mobility unit, said in a statement, citing Lyft’s “world-class transportation network." He said it’s the start of “an important relationship between three dynamic companies."

As Argo ramps up to full commercialization, it is planning to go public as early as this year and is separately doing a private round of fundraising this summer. Argo was founded in 2016 by Salesky, who helped start the Google self-driving car project that became Waymo, and Peter Rander, who previously led Uber Technologies Inc.’s autonomous unit.

Salesky recognizes that convincing wary commuters to try self-driving cars is one of the biggest challenges, but he believes they will come to realize it is actually safer.

“We’ve all had human drivers that we’d prefer not to ever ride with again," Salesky said. “We think after you experience it, you’ll really enjoy it and want to ride with ours."