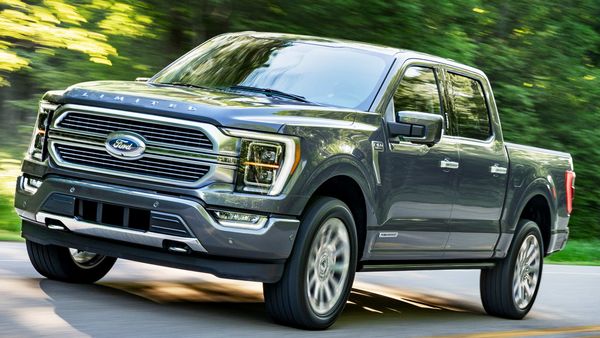 Ford Motor Co. is gearing up for an intricate, two-phase overhaul of factories for its most profitable vehicle, putting to the test a pledge by incoming Chief Executive Officer Jim Farley for flawless execution.

Ford will temporarily shut a factory in Michigan next month to install machinery for the redesigned F-150 pickup going on sale next year. The automaker also is constructing a new facility adjacent to its Dearborn, Michigan, truck plant to build an electric version of the F-150, according to people familiar with the project. Prototype production is expected to start next year, said the people, who asked not to be identified revealing internal plans.

Ford also will idle and overhaul its Missouri pickup factory in October to prepare for the redesigned truck after closing its Dearborn plant for two weeks of retooling starting Sept. 7, according to the people. The complex and costly changeover of the two factories will trim output of Ford’s biggest cash cow by about 100,000 vehicles this fall, according to Michael Ward, a Benchmark Co. analyst with a hold rating on the stock.

The critical launch is under heightened scrutiny after Ford botched the rollout of its redesigned Explorer sport-utility vehicle at its plant in Chicago last year. The debut of the new F-150 will be the first big test for Farley, 58, who is set to take the wheel from retiring CEO Jim Hackett on Oct. 1. The company has said the F-150 factory changeover will contribute to its first full-year loss in more than a decade.

“We have good inventory of the current model F-150 and we’re building at a higher-than-normal rate to ensure our stocks remain high to continue to meet customer demand," Ford said in an emailed statement. Ford sold almost 900,000 F-Series pickups in the US last year, generating about $42 billion in revenue, according to a study by the Boston Consulting Group. That’s more than the revenue at McDonald’s Corp., Nike Inc., Coca-Cola Co. and Starbucks Corp. Analysts say the F-Series generates most of Ford’s profit.

“It’s the crown jewel of the business," Hau Thai-Tang, Ford’s product-development chief, said in a June interview. “Tremendous volume, a tremendous profit pool, two assembly plants with a huge economic impact in those communities where those employees are working and living. So there’s no product more important for us."

That’s why Ford is being so deliberate about the rollout of the new truck. While the factory in Dearborn is down for retooling, the plant near Kansas City, Missouri, will continue to build the current model to minimize lost production.

The Dearborn plant -- commonly known as the Rouge, where Henry Ford once built the Model A -- will begin building the new truck the week of Sept. 21, the people said. A gasoline-electric hybrid F-150 will roll down the assembly line alongside traditional internal-combustion engine versions.

Meanwhile, the new facility that will produce the all-electric F-150 is under construction alongside the Dearborn factory. It will employ 300 new workers, the people said, and may begin production as early as next spring.

Ford has said the electric F-150 will go on sale in 2022. It will take on Tesla Inc.’s futuristic Cybertruck, which is scheduled to start production in late 2021.