Flipkart pledges 100 per cent transition to electric vehicles by 2030

Flipkart has become the first Indian e-commerce marketplace to join EV100 which seeks to bring together companies committed to accelerating the move towards EVs.
By : HT Auto Desk
| Updated on: 25 Aug 2020, 14:01 PM 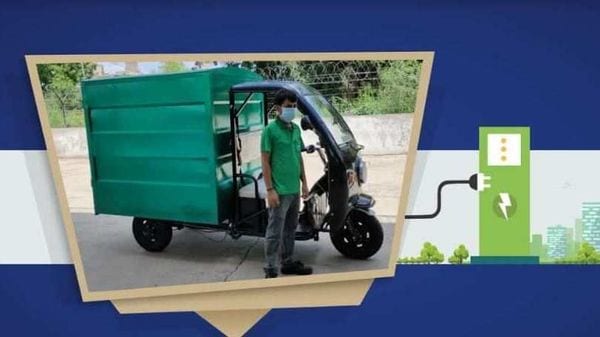 In a move that could also be a big boost to the push towards electric vehicles in India, Flipkart has announced that it will transition to electric vehicles completely by 2030 by joining Climate Group’s global electric mobility initiative, EV100.

Flipkart has now become the first Indian e-commerce marketplace to join EV100 which seeks to bring together companies committed to accelerating the move towards EVs. As part of this, the Bengaluru-based Flipkart plans to have a phased integration of EVs in its entire fleet - either directly owned or under leased corporate fleet - by 2030.

The company says that it plans to achieve its goal by placing requirements in service contracts, installing charging infrastructure close to its 1,400 supply chain premises, conducting awareness programs and incentivizing delivery executives towards the use of electric vehicles. It further added in a press statement issued on Tuesday that its vision is in line with India's larger aim of ensuring 30% electric mobility by 2030. "Our commitment to the Climate Group’s EV100 initiative ties in with the larger vision of environmental sustainability and allows us to learn from the most forward-thinking global perspectives as part of the EV100 ecosystem," says Kalyan Krishnamurthy, CEO, Flipkart Group. "With our scale and scope and intense focus on sustainability agenda, we believe we can play a significant role in not just fast tracking the adoption of electric vehicles but also making clean mobility mainstream."

Electrification of its entire logisitcs fleet could be a major shot in the arm for the EV movement in India which has begun gathering pace. EVs are becoming increasingly popular across the world and a large number of automotive giants have entered the field of play in a big way. And while India still remains in a nascent EV space currently, the push is strong and quite evident across the country.