The Volkswagen unit would make temporary layoffs if it had to cut production due to supply issues.
By : Reuters
| Updated on: 11 Mar 2020, 04:27 PM 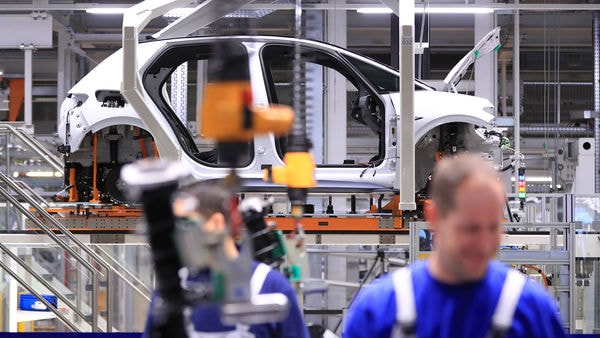 Fiat Chrysler said it was temporarily halting operations at some of its Italian factories in Italy and would reduce production in response to Europe's largest coronavirus outbreak.

The Italian-American carmaker said it had stepped up measures across its facilities, including intensive sanitisation of all work and rest areas, to support the government's directives to curb the spread of the infectious disease.

The actions comes as Seat, the Spanish unit of German carmaker Volkswagen, considers sending staff home temporarily from its Barcelona-area plant due to supply chain issues, a spokesman said on Wednesday, a further sign of how the coronavirus could disrupt Europe's struggling car market.

"The Martorell plant is currently working normally. However, there are several risks derived from COVID-19, which has affected the supply chain," the Seat spokesman said.

The VW unit would make temporary layoffs if it had to cut production due to supply issues, he added.

Seat union representative Matias Carnero said the company's supply chain was being affected by the worsening coronavirus outbreak, which has hit China and Italy particularly hard.

"It all looks like it is going to be requested," said Carnero, a representative for UGT, the main labour union at Seat, referring to the potential temporary layoffs.

Under temporary layoffs, Spanish workers are normally paid part of their salary.

The company spokesman said the duration of these layoffs had not been discussed yet, but Carnero said they could last between two and five weeks, adding that this could potentially affect about 7,000 people at the plant.

Italian brake maker Brembo warned on Tuesday that its northern Italian production was under threat from the country's restrictions to tackle the spread of the coronavirus.