Home Auto News Ferrari Speed Boat, One Of Just 40, Goes Up For Sale In Auction

Ferrari speed boat, one of just 40, goes up for sale in auction In its flashy shade of Rosso Corsa, this machine here is undeniably a Ferrari. (Courtesy: Video posted on Twitter by @rmsothebys)

Ferrari supercars are some of the most capable machines on road but what when the tarmac ends and the water begins? Swinging in from the coastline is Riva Ferrari speed boats of which just 40 units were ever manufactured. And now, one of these units is going under the hammer with an expected price to be anywhere between $100,000 and $150,000. 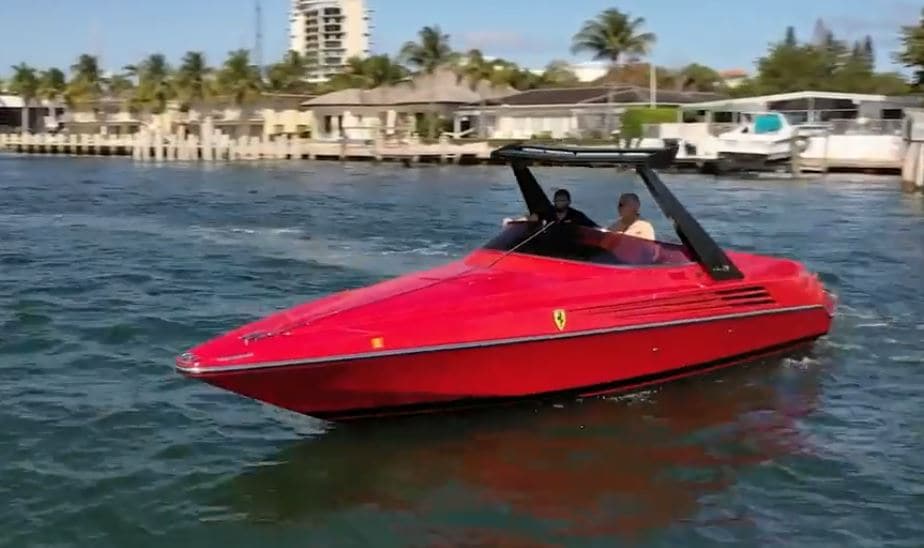 The Ferrari speed boats were manufactured as part of a collaboration between Riva and Ferrari. Called Riva Ferrari 32 - the number referring to its length, one of the units is up for grabs at the RM Sotheby auction at Florida's Fort Lauderdale. Done in a bright shade of Rosso Corsa to instantly establish the Ferrari connect, the boat gets two Vulcano 400 V8 engines, each putting out 390hp. It has a top speed of 54 knots or around 100 kmph which makes it skim across shorelines much like how Ferrari cars race past on solid ground. 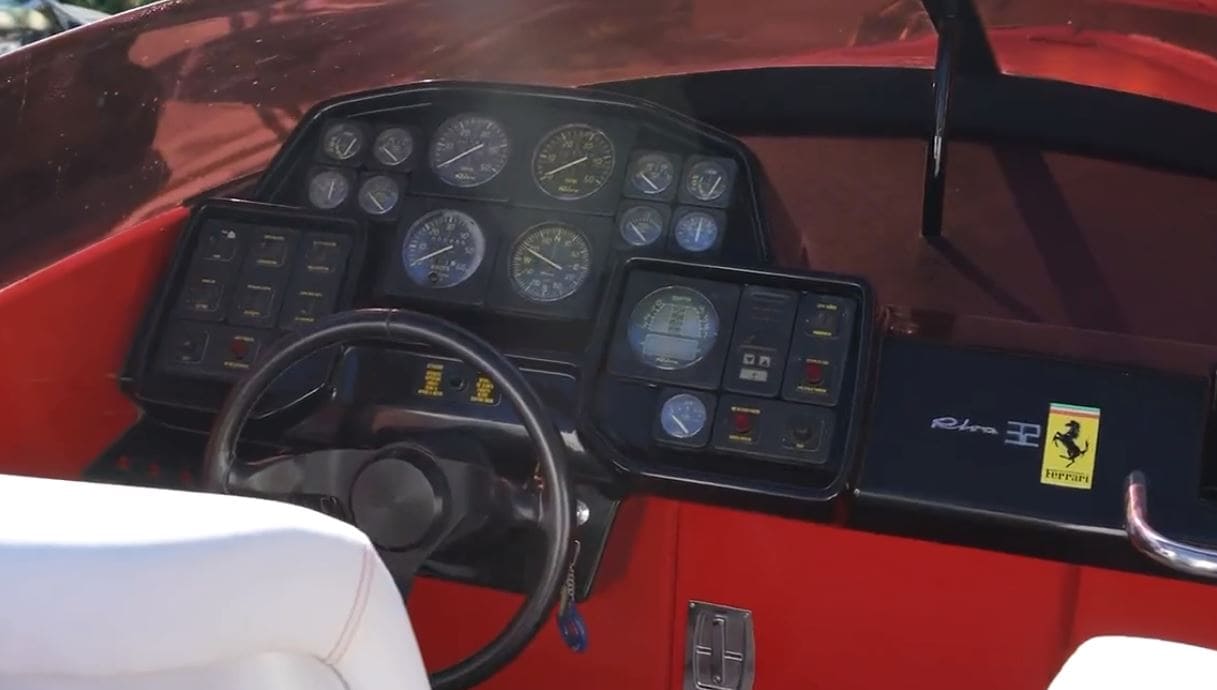 A look at the driver control for the Riva Ferrari speed boat. (Courtesy: Video posted on Twitter by @rmsothebys)

But much like Ferrari cars, the Riva Ferrari 32 is not just about speed but has a generous dose of luxury as well. The cabin features a leather-wrapped, three-spoke steering wheel with lettering in yellow. There is also a sleeping area here which can fit two, complete with a stereo system.

While it may be a collector's item and not really meant to hit the high waves hard, the Riva Ferrari 32 claims to be every bit as iconic as any other Ferrari around.