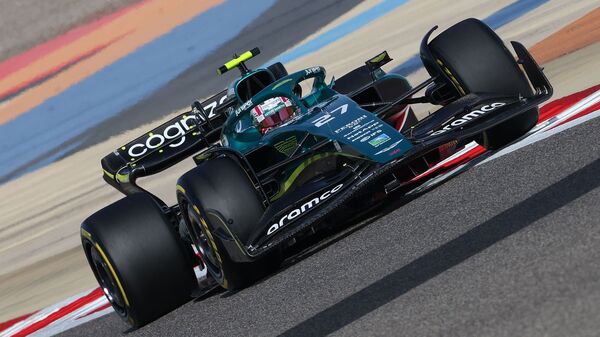 Formula 1 team Aston Martin has once again roped in German driver Nico Hulkenberg to take the tracks in place of its regular choice Sebastien Vettel in Sunday's Saudi Arabian Grand Prix in Jeddah. Vettel, a four-time world champion, is yet to recover from Covid-19. Vettel had missed the season opener Bahrain Grand Prix last weekend and was replaced by Hulkenberg at the last moment. Aston Martin now expects Vettel to be fit in time for the Australian Grand Prix on April 10 in Melbourne.

Nico Hulkenberg, who has been a former Formula 1 driver for Renault, finished 17th at the Bahrain Grand Prix. "Nico coped well in Bahrain and we are sure he will do likewise in Jeddah," Aston Martin said while confirming the swap. This will be the fifth time Hulkenberg has stood in since he last raced full time in Formula 1 with Renault three years ago.

Hulkenberg hopes to improve his performance at the Saudi Arabian Grand Prix after a pointless start at Bahrain. Ahead of the race, the German F1 driver said, “After familiarising myself with the AMR22 in Bahrain last weekend, racing in Saudi Arabia will give me the opportunity to develop and further improve my understanding of the car. The work I did back in the simulator earlier this week has given me some extra insight and helped me prepare for this fast and flowing track."

Formula 1 teams will be in action today at the Corniche circuit in Jeddah for the first two practice sessions ahead of Sunday's main race. 34-year-old Hulkenberg will drive the AMR22 in the first practice session at the Saudi Arabian GP. Hulkenberg had lost his seat in Formula 1 at the end of the 2019 season, but he competed in two races in 2020 as a replacement for other drivers.