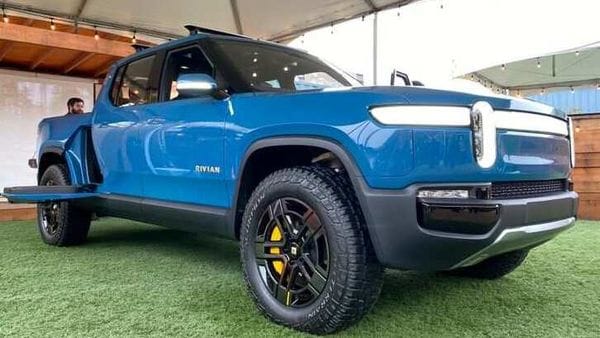 Other investors in the round included Fidelity Investments, Amazon, Pledge Fund, Coatue Management and D1 Capital Partners, as well as several other existing and new investors. The additional funding boosts the total raised to date beyond $8 billion. Bloomberg News first reported the round earlier this month.

Rivian did not disclose a valuation, but it was around $27.6 billion taking into account the new funds, according to a person familiar with the matter.

Rivian will use the funds raised to launch its debut electric vehicles and expand its business, R.J. Scaringe, the company’s chief executive officer, said in a statement.

“This is a critical year for us as we are launching the R1T, the R1S and the Amazon commercial delivery vehicles. The support and confidence of our investors enables us to remain focused on these launches while simultaneously scaling our business for our next stage of growth," Scaringe said.

The company is one of a number of EV startups trying to bring new vehicles to market and take on incumbent Tesla Inc., whose shares soared more than 740% last year. It plans to build two full-size battery-powered models -- a sport-utility vehicle and truck -- at a plant in Normal, Illinois, a retooled former Mitsubishi Motors Corp. factory.

Rivian is aiming for US deliveries of its R1T pickup to begin in June and in August for its R1S SUV. It previously planned to start production in late 2020 but pushed back that date in April due to unspecified supply-chain issues related to the pandemic.

The company faces many rivals and an untested market for electric trucks. Tesla has said deliveries of its Cybertruck could start as soon as the end of 2021, and General Motors Co. will begin production of its EV Hummer pickup this fall. Next year, Ford will electrify its F-150 truck -- the best-selling vehicle in the US over the last four decades.

The startup has said its pickup has a range of more than 300 miles on a single charge and can tow as much as 11,000 pounds. Rivian plans to sell versions with a range greater than 400 miles in the future, along with other models for markets such as China and Europe. It also has an order for 100,000 EV delivery vans from investor Amazon.

Rivian was founded in 2009 by Scaringe, a Massachusetts Institute of Technology graduate with a doctorate in mechanical engineering. It now employes more than 3,000 employees split between sites in California, Michigan and Normal.