BloombergNEF's head of electrified transport hinted that auto markets in North America and South Korea could be the next to hit the EV inflection point.
By : HT Auto Desk
| Updated on: 01 Feb 2022, 09:47 AM 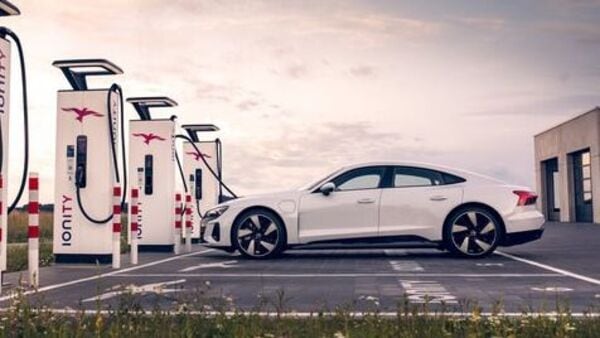 Auto markets in both China and Europe have hit their inflection points in the last two years with electric cars accounting for about 4% of new vehicle sales at the end of 2019 and the figure jumping to 15% in China and 20% in Europe last year, as per the presentation by Aleksandra O’Donovan, the head of electrified transport for BloombergNEF, presenting at the research firm’s annual San Francisco summit.

The analysis firm's forecasts had missed the mark, O’Donovan said, adding that the firm's analysts later realized that consumer demand in both China and Europe is now driving sales, and its not just public policy by governments that is trying to work towards green mobility. While buyers in Chins bought 3.3 million new electric cars last year, those in Europe bought 2.3 million units.

O'Donovan added that it hit the analysis firm's team that the markets in China and Europe have hit their inflection points. “What we know now is that this inflection point happens when consumers get excited around electric cars," she told the attendees of the summit. That point, she said, can arrive when EVs account for 10% or more of new passenger vehicle sales.

While brainstorming on which countries or regions could hit the EV inflection point next, O’Donovan said that South Korea had passed the 10% mark in the third quarter while North America ended the year under 8% but is a growing market for electric vehicles. Thus, these markets can be next in terms of consumers buying more and more electric vehicles.

China, the world's largest auto market is also a huge and key market for electric vehicles, so much that world's EV pioneer Tesla also set up a shop there and is working on ramping up production at its Shanghai factory. China also has a number of local electric vehicles startups that have come to be tough contenders for Tesla over the time.