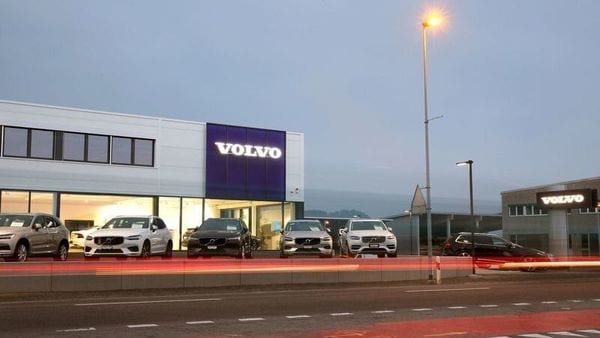 European carmakers started off the year with their first sales decline in five months after changes to emission rules and consumer incentives crimped demand for some models.

January passenger-car registrations declined 7.4% to 1.1 million vehicles in the EU, EFTA and the U.K., according to a statement Tuesday from the European Automobile Manufacturers Association.

Some sales that would otherwise have taken place in January were pulled into December, when volumes jumped 21% as dealers rushed cars to buyers ahead of the year-end policy shifts that added new taxes on many models.

“Other contributing factors included weakening global economic conditions and uncertainty caused by the U.K.’s departure from the European Union," the association said in the statement. The U.K. left the bloc on Jan. 31.

The EU is prodding carmakers to accelerate the transition to battery- and hybrid-electric cars, with fleet-emissions limits that slap manufacturers with hefty fines if they go over. Some countries like Sweden and France have also overhauled incentives to encourage electric-vehicle purchases.

Sales of gasoline- and diesel-powered dropped off in some markets during January, only partially offset by more clean-car sales. It’s not clear whether the changes will continue to damp overall sales throughout the year.

The latest figures highlight the challenges facing European carmakers. The industry is likely to contract by 2% in 2020, the ACEA forecast in January, with environmental and trade concerns being the chief causes.

Markets that saw strong growth in December endured a proportional decline the following month: France seesawed to a 13% January drop from a 28% gain, while Sweden slid 18% after a doubling in registrations in the final month of 2019. Changes to emissions-based taxes in both countries at the start of 2020 pulled purchasing decisions forward into 2019, the association said.

Carmakers that suffered the worst slumps in volume included Sweden’s Volvo Cars, France’s Renault SA and PSA Group, the maker of Peugeot and Citroen vehicles, which all fell in the mid-teens in percentage terms. Daimler AG posted a 10% skid while German peer Volkswagen AG held almost steady and BMW AG eked out a 3.8% gain.

The coronavirus outbreak in China has added uncertainty for carmakers across the globe. Hyundai Motor Co. and Toyota Motor Corp. halted production in China in response to the virus, with some output resuming this week. Fiat Chrysler Automobiles NV has said it’ll temporarily pause operations at a Serbian assembly plant due to component shortages from China.

The full impact of the coronavirus outbreak has so far proven hard to quantify, with analysts predicting short-term disruptions to the flow of goods as long as the outbreak is short-lived. The disease has killed more than 1,775 people globally.