French mining group Eramet stated that Europe's investment is not sufficient in the supply chain for electric vehicle batteries and this can leave its planned gigafactories short of important minerals.
By : Reuters
| Updated on: 31 Oct 2021, 10:31 AM

Europe is still not investing enough in the supply chain for electric vehicle batteries and this could leave its planned gigafactories short of coveted minerals, French mining group Eramet said.

Eramet is struggling to attract investment from its home region to process its overseas nickel, lithium and cobalt reserves into battery materials and may have to turn to non-European players, Pierre-Alain Gautier, its head of corporate affairs and partnerships, said.

Electric vehicles are a key plank of European Union plans to cut emissions. The bloc is trying to reduce reliance on battery supplies from Asia through projects with Europe-based car makers and battery specialists.

However, European auto companies are reluctant to invest in battery material production, focusing instead on procurement contracts, Eramet's Gautier said. "There's a risk of gigafactories being empty of materials by 2025-2030," he told Reuters, noting the importance of public funding to trigger investments. 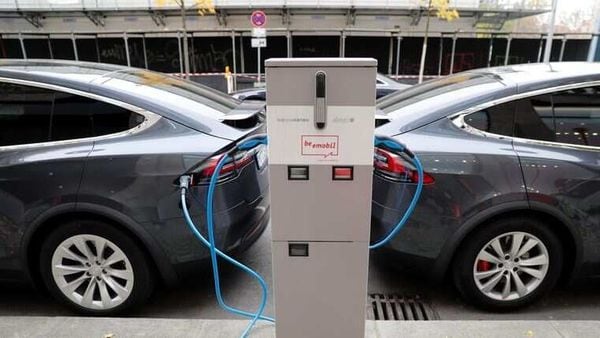 "We need investors. Ultimately if we find partners that are Chinese, Argentine or American, we'll sign with them even if the supply will go to America or elsewhere." Europe is already constrained by a scarcity of chemical groups capable of refining minerals into cathode materials, he added.

Germany's BASF is one company with such capabilities and it has partnered with Eramet to study the refining of nickel and cobalt from an Eramet-operated mine in Indonesia, a first link in the battery supply chain.

Indonesia's huge, competitively priced nickel resources are expected to cover the vast majority of global battery demand and would be indispensable to European projects aiming for 600 gigawatt hours in battery capacity by 2030, requiring around 450,000 tonnes of nickel, Gautier said.

Europe should not be concerned about relying on Indonesia provided it secures access to supply, he added. While promising a lower carbon footprint, planned nickel production in Finland, some of which has been earmarked by car maker Renault, would only offer some 30,000 tonnes, he said. The emissions drawback of the coal-fired power used in Indonesia could be offset along the production chain, for example through the choice of processing technology, Gautier said.

Eramet's historic nickel operations are in New Caledonia but the French Pacific territory's capacity to meet burgeoning battery demand is being limited by high costs and social unrest, according to Gautier.

The French group estimates it could cover 20% of the EU's nickel requirements in 2030, along with 25% of the bloc's lithium needs and 12% of its cobalt demand. It is aiming to relaunch a lithium mine project in Argentina in the coming months, which it suspended for financing reasons at the start of the coronavirus pandemic, Gautier said.