A draft in November 2020 triggered last-minute pushback from countries seeking to label gas power as sustainable.
By : Reuters
| Updated on: 07 Feb 2021, 02:50 PM 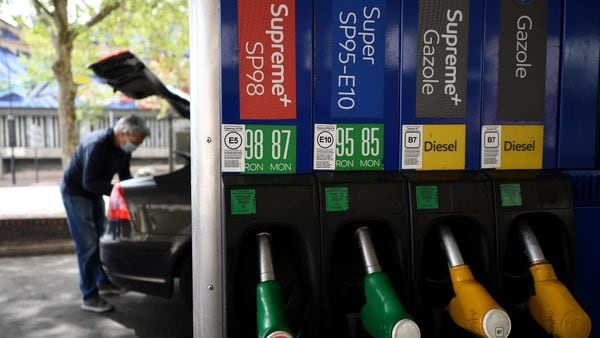 The European Commission had hoped to publish the final climate portion of a list of "green" economic activities designed to funnel cash into low-carbon projects in January.

The European Union has delayed to late April plans to finalise sustainable finance rules, officials said, in the face of opposition from some member states over gas and biofuels.

The European Commission had hoped to publish the final climate portion of a list of "green" economic activities designed to funnel cash into low-carbon projects in January.

But a draft in November triggered last-minute pushback from countries seeking to label gas power as sustainable.

Thousands of citizen responses also asked the EU to not break the alignment of the rules with its green goals, prompting the Commission to put them on hold and ask expert advisors for further recommendations.

The final version of the rules are now due in the second half of April, EU officials told Reuters.

The Commission could not immediately be reached for comment.

The design of the so-called taxonomy has triggered months of frenzied lobbying from industries keen to make their economic activities attractive to the billions of euros in investments looking for a "green" home.

Faced with pushback from some businesses and governments, sources said the EU's options include diluting the criteria economic activities must meet to earn a "green" label, creating new, "semi-sustainable" labels for those not fully compatible with EU climate goals, or holding firm on the current rules.

As it stands, the taxonomy recognises "transitional" activities that cannot yet be made fully sustainable, but which have emissions below industry average and do not lock in polluting assets or crowd out low-carbon alternatives.

The rules also recognise green investments made by polluting companies. If an oil company invested in a wind farm, it could label that expenditure as green.

These flexibilities do not go far enough for countries seeking weaker climate criteria for activities including gas-fuelled power generation.

In a paper dated Dec. 18, which was seen by Reuters, 10 countries including Bulgaria, Poland and Slovakia urged the Commission to offer existing gas plants a green label, by giving them a "feasible" threshold that they can meet.

The draft rules include criteria which power plants would have to meet to be labelled a "green" activity -- namely, a maximum emissions threshold that today's gas plants cannot comply with.

Other critics used an EU consultation in December to seek changes to rules for energy produced from organic matter such as wood. The draft rules labeled bioenergy a "transitional" activity, rather than a fully green one.

The consultation received over 46,000 responses, 97% of which were from individual citizens, according to an analysis by NGO InfluenceMap, which tracks EU lobbying. A high share of corporate responses came from Swedish groups, many seeking more lenient forestry and bioenergy criteria, InfluenceMap said.