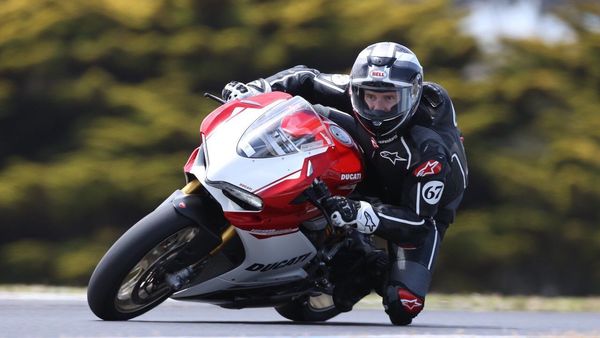 Actor Eric Bana is collaborating with Robert Connolly to present the story of Mike 'The Bike' Hailwood, who is considered to be one of the greatest motorcycle racers of all time.

According to The Hollywood Reporter, the duo have acquired the rights of Hailwood's story from his family. Bana and Connolly will together direct, write and produce the movie.

The 51-year-old Australian actor is taking on the role of Hailwood, a nine-time world-champion motorcycle racer who returned to the Isle of Man race in 1978 after an 11-year hiatus.

"We are absolutely thrilled that Eric Bana and Robert Connolly have taken Mike’s story to adapt into a feature film about his historic ‘comeback’ race win," Hailwood's widow Pauline Hailwood and their son David Hailwood said in a statement.

"We are delighted that Mike will be depicted by Eric Bana, an actor with an immense passion and knowledge of motorsports, Mike’s career, and a rider himself," they added.

Bana and Connolly will produce the project through their banners Pick Up Truck Pictures and Arenamedia, respectively.

They most recently worked on feature film "The Dry", based on Jane Harper’s best seller and produced by Bruna Papandrea’s Made Up Stories.