Home Auto News Elon Musk Weighs In On Tesla’s Stock Again, This Time With ‘lol’ And A Meme

Elon Musk weighs in on Tesla’s stock again, this time with ‘Lol’ and a meme

Elon Musk just weighed in again on Twitter by referring to an internet meme generally used to ridicule the stock market.
By : Bloomberg
| Updated on: 11 Jun 2020, 09:37 PM 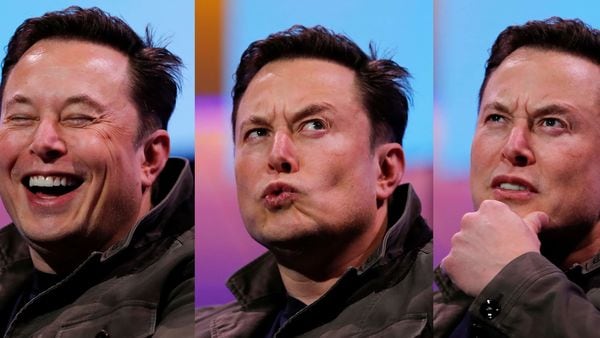 The many moods of Musk: File photo of Elon Musk, CEO of Tesla.

Tesla Inc. shares have been soaring in the weeks since Elon Musk said he thought they were too high. The chief executive officer just weighed in again on Twitter by referring to an internet meme generally used to ridicule the stock market.

After a 9% jump on Wednesday lifted Tesla shares to a record closing price of $1,025.05, Musk’s initial post was cryptic.

When one of Musk’s followers asked him what happened, he wrote back: “Stonks."

The intentional misspelling of the word stocks is often used on the internet to refer to the irony or absurdity of the equity markets. Tesla’s market capitalization has pulled within about $20 billion of Toyota Motor Corp., the world’s most valuable carmaker.

The gulf between the two companies on other metrics is immense. Tesla produced less than 103,000 cars in the first quarter to Toyota’s 2.4 million.

On Thursday, another one of Musk’s followers referred to his May 1 tweet in which he wrote that Tesla’s stock price was, in his opinion, too high. The billionaire wrote back with a link to a web address he bought early last year, stankmemes.com.

(Also Read: Nissan confirms Ariya electric SUV to launch next month, will go on sale by 2020)

The website features a “stonks" meme image in which a character is standing in front of stock prices and next to an upward pointing arrow.