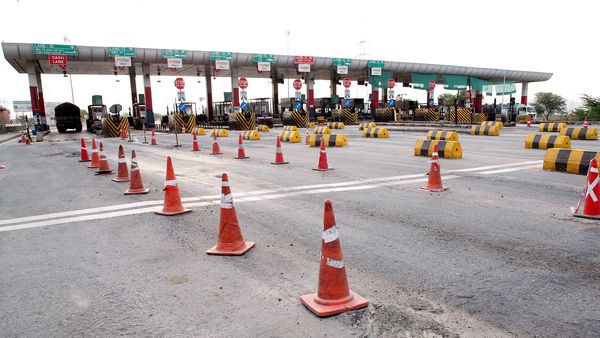 Electronic toll collection on highways rebounded to March levels in June, and touched 75 per cent of February levels as economic activities across the country have started to pick up since the implementation of 'unlock', Crisil Research said.

According to the agency, construction across national highways is also picking up, however, it is likely to see a 10-13 per cent decline this fiscal year as compared to FY2020.

"Electronic toll collection in June has rebounded to March levels and touched 75 per cent of February levels. For an idea of how hard the pandemic had slammed the brakes, toll collection had dropped off the cliff from ₹11 crore in February 2020 to just ₹1 crore in April," the agency said.

The Covid-19 pandemic-induced lockdowns had virtually halted movement of people and goods in April and May, but curbs are being lifted slowly and the economy is beginning to crawl back.

The agency noted that national highway construction activities rebounded to 637 km in May from just 210 km in April.

"But key construction months were lost in the lockdown and labour migration continues to pinch. Normalcy might return only after the monsoon. Overall, we are bracing for a 10-13 per cent decline in highway construction on-year this fiscal," it said.

Meanwhile, the Ministry of Road Transport and Highways (MoRTH) spent ₹18,700 crore in April-May, a 46x jump from ₹400 crore in the same period last fiscal, it said.

"While this was mainly because milestone payments were made and to ease the cash flows of developers, it will have a trade-off – constrained future spending by MoRTH," Crisil said.

Project awarding also spurted three times in April-May on-year. But that was because of a backlog of already bid-out projects that were awaiting award following the lockdown.

"Net-net, while toll collection signal looks good, spending on roads may take a backseat given that priority in the rest of this fiscal will be on healthcare and social welfare spending. That would keep project awarding and recovery on a moderate path," it noted.