The policeman was reportedly under the influence of alcohol and has been arrested.The victim is undergoing treatment.
By : HT Auto Desk
| Updated on: 04 Jul 2020, 01:03 PM 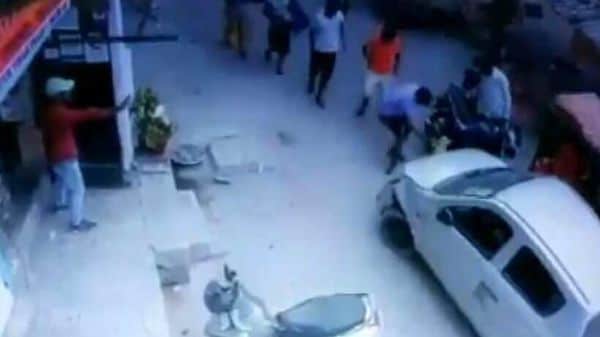 Screenshot from a CCTV footage tweeted by news agency ANI.

A car ran over a woman in Chilla village in Delhi on Friday, seriously injuring the victim. The man behind the wheel was reportedly a sub-inspector and has been arrested.

News agency ANI reported the incident and posted a video of the incident which was recorded by a CCTV close to where it occurred. Quoting police officials, the report further stated that the driver was under the influence of alcohol at the time of the incident. He has been arrested and the injured woman is undergoing treatment.

In the horrific CCTV footage, the car - it appears to be an Alto - drags the victim a few meters before coming to a stop briefly. It is then that pedestrians in close proximity rush in to help the woman from under the damaged bonnet. Just as they try to pull the woman to safety, the car turns left and attempts to push forward, running over the woman.

#WATCH Delhi: A car ran over a woman near Chilla Village in Delhi yesterday. Police say, "The accused is a Sub-Inspector; he was under the influence of alcohol at the time of incident. He has been arrested. Injured is undergoing treatment at hospital." pic.twitter.com/SfJdGQ7pHa

The unfortunate incident is being investigated and the accused is being questioned. Such accidents once again seek to highlight just why drinking alchohol and driving any vehicle during or afterwards is not just risky for the person behind the wheel but for people and vehicles on the road as well, apart from the fact that it is illegal to combine the two.