Ford has been a frequent target of US President Donald Trump since four years ago, when it was planning to build a car factory in Mexico.However, there are more than a few ways that Trump's visit to the company's Michigan factory could get awkward.
By : Bloomberg
| Updated on: 21 May 2020, 18:54 PM 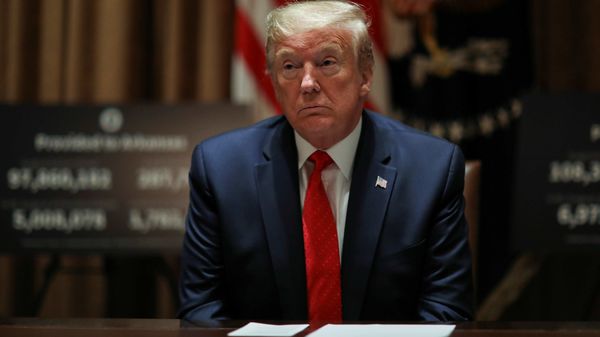 File photo: Donald Trump has been non-committal on the first question, saying wearing a mask would depend on the situation and his surroundings.

When Donald Trump tours Ford Motor Co.’s ventilator facility Thursday, there are more than a few ways the visit could get awkward.

Will he adhere to the automaker’s requirement that everyone wear a mask at its facilities at all times? Will he keep up his feuds with Michigan’s governor? And might he even give a bit of grief to the American carmaker, as he has so often since 2016?

Trump has been non-committal on the first question, saying earlier this week he may wear a mask depending on the situation and his surroundings. His tweets suggests there’s a distinct possibility Governor Gretchen Whitmer -- who is on the short list to be Joe Biden’s running mate -- may come under fresh attack. And Ford has issued a series of statements suggesting it’s ready for the 2020 campaign to be over already.

The second-biggest U.S. automaker has plenty of reasons to be feeling political fatigue. Ford was a frequent target of Trump’s four years ago, when it was planning to build a car factory in Mexico. Soon after winning plaudits by ceasing construction, the company was the first in Detroit to distance itself from the administration’s 2017 order that sought to ban immigrants from majority-Muslim countries.

More recently, Ford was among the automakers the Justice Department probed over a fuel economy pact with California. Trump, who has softened federal rules and sought to revoke that state’s authority to set its own standards, called executives who oppose his efforts “foolish." The Justice Department closed its investigation. 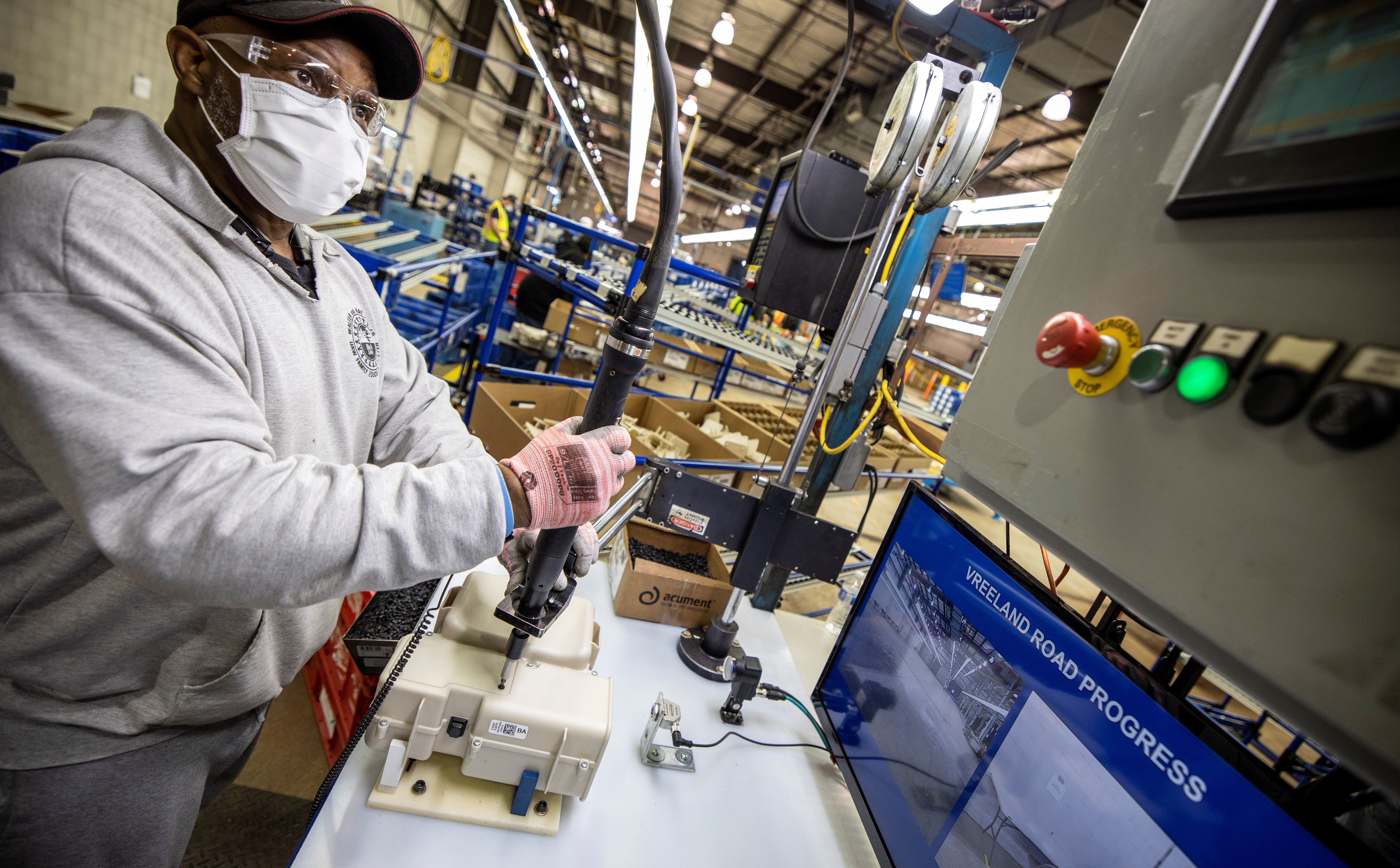 Even the coronavirus relief effort has been an erratic experience. Ford and General Motors Co. had already committed to building ventilators when Trump lashed out GM Chief Executive Officer Mary Barra over federal contract negotiations and demanded that the two companies make the devices “FAST!!!!!!" He and members of his administration have praised the carmakers since then.

“With or without the president’s urging, the automakers took this upon themselves and created their own network to gather all the various components and to work with the ventilator companies," said Carla Bailo, the president of the Center for Automotive Research, which consulted with the companies on their shift to making medical equipment. “All of that was ongoing in advance of any kind of executive order or tweets."

Ford issued a statement Sunday saying the White House had asked to tour its plant and that it would welcome Trump as part of its “longstanding history of hosting sitting presidents." On Tuesday, it backed off from insisting that all visitors wear a mask, saying it will let Trump and his staff decide what they want to do.

Trump’s visit to Ford’s factory in Ypsilanti, less than 40 miles southwest of Detroit, follows trips to an Arizona respirator-making plant and Pennsylvania medical-equipment facility. He went mask-less during visits to both of the electoral battleground states. 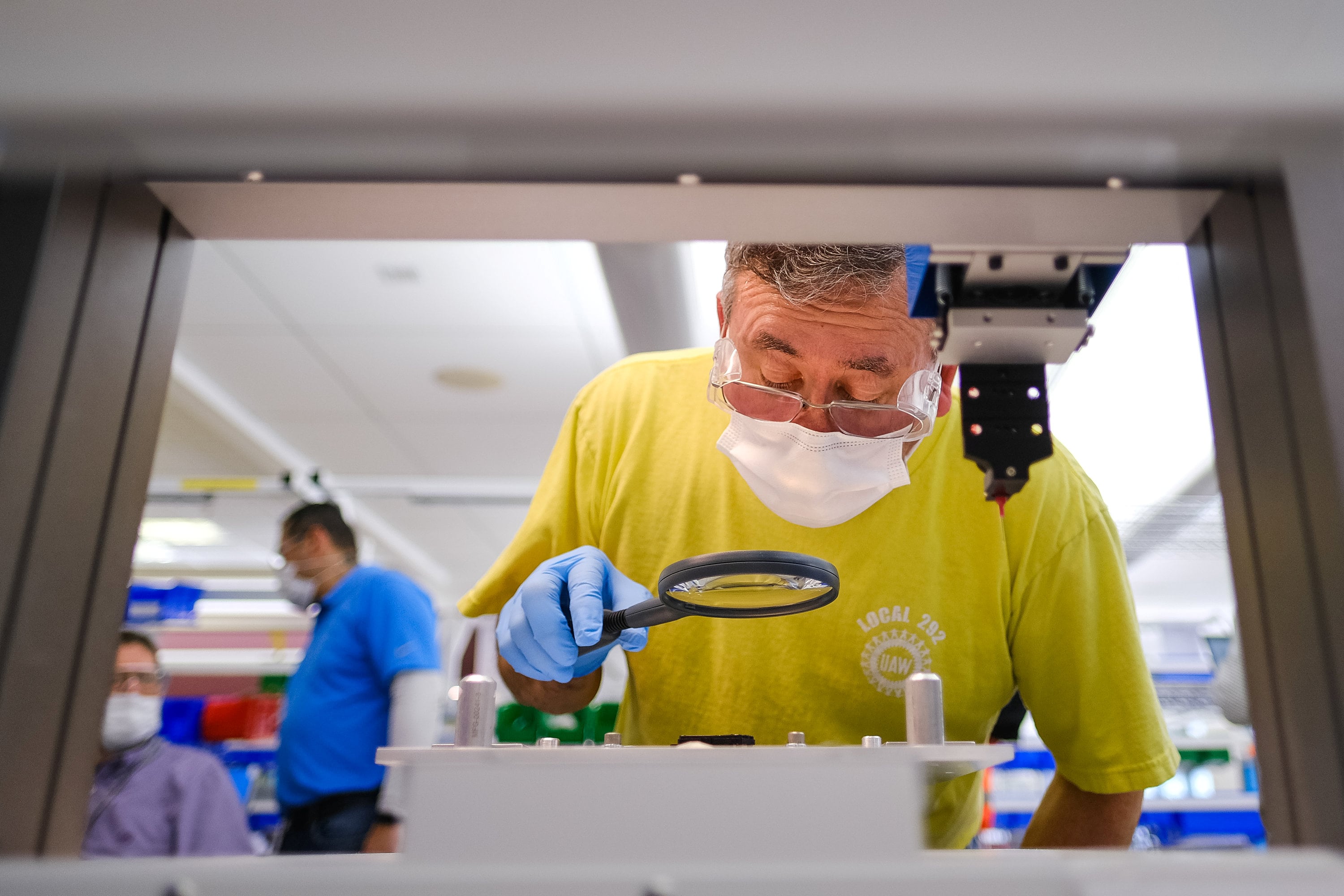 A worker prepares to build production ventilators at the General Motors Kokomo manufacturing facility in response to the coronavirus disease outbreak in Kokomo, Indiana. (via REUTERS)

Ford and General Electric Co. plan to produce 50,000 ventilators by early July at the automaker’s plant, which makes oil pumps and other components. Executive Chairman Bill Ford told 60 Minutes last month that no one had to ask the company founded by his great-grandfather to pitch in.

“My team didn’t need marching orders," Ford said. “Right from the very start, it was from our local hospitals saying, ‘Hey, we don’t have any protective equipment, who can help us?’ Our company just jumped into action."

Ford raided its parts bin to assist front-line workers, partnering with suppliers to pump out millions of plastic face shields and using air-bag material to produce protective gowns. It also used fans that cool seats in F-150 pickups to manufacture air-purifying respirators with 3M Co. for medical staff dealing with the most severe Covid-19 cases.

Since starting production in March, Ford has delivered 17 million face shields to hospitals. Ford Chief Operating Officer Jim Farley said during a recent podcast interview that the Federal Emergency Management Agency offered the company no direction on where to send supplies.

“We went to FEMA and they were like, ‘I don’t know, we’re not organized, we don’t know yet where to send them all,’" Farley said on CarCast, a biweekly show. “It was chaos at the beginning."

(Also read: Car makers get back to business in a big step to restart American industry)

Ford reached out to hospitals directly to ask what they needed and began shipping them to medical facilities in New York, Michigan and elsewhere on its own dime, Farley said.

When asked if the government said “great" and appreciated the favor, Farley replied: “We did it before they said ‘great.’" Medical workers were the ones who thanked the company, he said.

Trump, who has referred to Whitmer as “that woman from Michigan," didn’t invite her to join his visit to a Ford plant in the state he won narrowly in 2016. Although the tour contradicts with Whitmer’s shutdown order, which prohibits nonessential plant tours, a spokesman for the governor said it will be a chance to showcase the role the state is playing in responding to the coronavirus.

The president said Wednesday he would send FEMA workers to Midland, Michigan, where dam failures have forced the evacuation of roughly 10,000 people. He took a shot at Whitmer in the process, suggesting her shutdown was standing in the way of people getting help. He also threatened to withhold federal money from the state over its effort to increase absentee voting because of the pandemic.

“I’m not concerned at all," Trump said when asked whether warning the state’s leaders as they dealt with the dam break might sent the wrong message. “We’re going to help Michigan."