Home Auto News Did You Know? Tesla Has Same Amd Tech For In Car Screens That's In Playstation 5

Did you know? Tesla has same AMD tech for in-car screens that's in Playstation 5 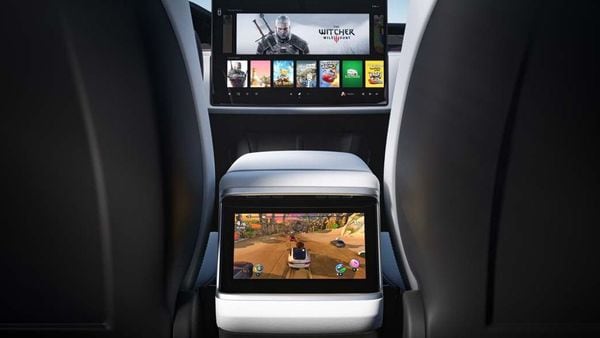 Tesla cars are as much about technology as these are about automotive excellence powered by battery. As such, it should really come as no surprise to anyone that the backseat entertainment unit inside the latest Tesla S and Tesla X vehicles have the same AMD RDNA 2 GPUs that is also found in other high-end devices, including the latest Playstation 5.

While Tesla had already confirmed that the screen inside its Model S and Model X have a powerful gaming computer at its core, AMD recently confirmed that it is its RDNA 2 GPUs that are inside Tesla vehicle. The chipmaker states that this is one of the most powerful units it has made and has wide-ranging application - from laptops to PS5 and even inside Tesla vehicles.

Reports suggest that when it comes to Tesla vehicles, one key requirement is for the technology to not just be ultra powerful but ultra efficient as well so as to not be a burden on the range capabilities of the EV. And this is perhaps where AMD's option became viable.

Tesla has been bridging the gap between what a car can do and what modern-day EVs are capable of. While performance, range and security are obvious focus areas, the California-based company has also been betting big on in-car entertainment. And this includes gaming.

According to Tesla CEO Elon Musk, autonomous drive technology would open up more possibilities for passengers and this is where in-car gaming is likely to be a big draw.

Some Tesla models already offer a couple of rather basic games but with better chips and processors being incorporated, the scope may well be widened further than ever before.