With the proposed greenfield highway, Delhi-Amritsar Expressway would now also provide alternative connectivity to Manali and Leh.
By : PTI
| Updated on: 03 Aug 2020, 08:26 AM 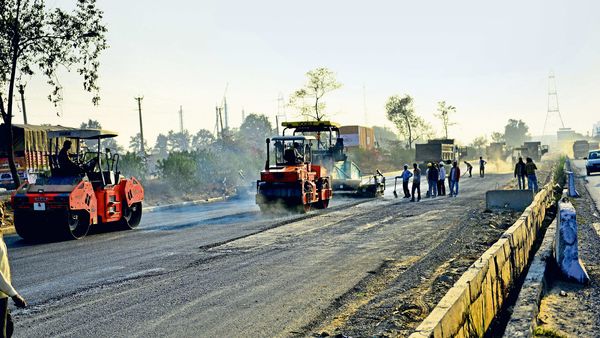 The NHAI has cleared a ₹4,000 crore project that includes faster connectivity to Chandigarh from Ludhiana.

The NHAI has cleared a ₹4,000 crore project that includes faster connectivity to Chandigarh from Ludhiana, a spokesperson of the Ministry of Road Transport and Highways said on Friday.

This will be part of the upcoming Delhi-Amritsar-Katra Expressway.

The project, on completion, will reduce travel time between Ludhiana and Chandigarh to less than one hour from the present 1.5 hours while also reducing travel time from Delhi Airport to Chandigarh Airport to two hours via Urban Extension Road-II (UER-II), Delhi-Katra Expressway.

The National Highways Authority of India (NHAI) is developing the 670 km Delhi-Amritsar-Katra greenfield expressway, which would provide connectivity to Ludhiana, Jalandhar, Gurdaspur and Jammu, under the ambitious Bharatmala Pariyojana.

"To provide express connectivity to Chandigarh from Ludhiana, Jalandhar and Amritsar, a greenfield spur from Ludhiana-Ropar road to Kharar (Chandigarh) has been approved.

"With the proposed connectivity, the travel time between Chandigarh-Amritsar would reduce to two hours in comparison to the present travel time of four hours," the spokesperson said.

The proposed expressway/greenfield highway and other related developments would have major impact in reducing travel to tourist/ religious/industrial centres of northern India and would reduce the travel time from Delhi to Chandigarh to two hours from about five hours, Delhi to Manali to eight hours from about 14 hours and Delhi to Amritsar to four hours from about eight hours, the spokesperson added.

With this, the travel time from Delhi Airport to Chandigarh Airport (via UER-II, Delhi-Katra Expressway), will reduce to two hours.

Further, in order to improve the connectivity to major economic and tourist centres in Punjab and Himachal Pradesh, a greenfield alignment has now been proposed to connect the expressway from Ludhiana with Ropar (85 kms).

The stretch from Ropar to Manali is already being four-laned, the spokesperson said, and added that with the proposed greenfield alignment, Delhi-Amritsar Expressway would now also provide alternative connectivity to Manali and Leh.