According to the Delhi traffic police, the project aims to synchronise all the traffic signals and automatically regulate the signal light.
By : HT Auto Desk
| Updated on: 29 May 2022, 06:13 PM 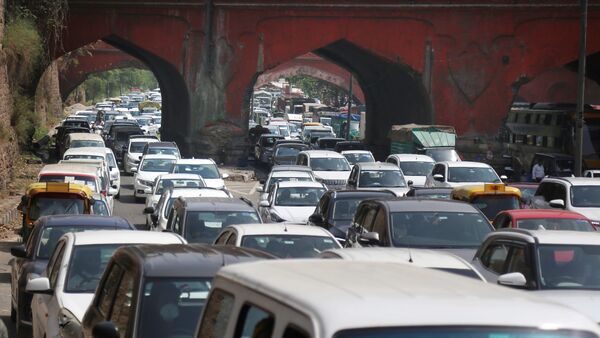 The Delhi Traffic Police has planned an Integrated Traffic Management System (ITMS) in the city to reduce congestion and facilitate faster vehicular movement. The new traffic management system works on machine learning (ML) and artificial intelligence (AI) in facilitating a quick passage to emergency vehicles such as ambulances and fire tenders. The government will also set up a command centre to handle operations and monitor the programming at the Delhi Police Headquarters.

According to the traffic police, the project aims to synchronise all the traffic signals and automatically regulate the signal light. The ITMS will also caution motorists on diversions to be taken in case of any congestion ahead. The system will also be integrated with all the civic-body run parking lots which will help alert motorists on the free spaces that are available before they could reach the venue.

Motorists will be able to look for updates on the Municipality Corporation of Delhi's mobile application, which will generate a pop up message. It will also be linked with Google maps, said SK Singh, Deputy Commissioner of Police (Traffic Headquarters-II).

For this purpose, the Delhi Traffic Police signed a Memorandum of Understanding for an integrated traffic management system with the Centre for Development of Advanced Computing (C-DAC), which has further assigned the task to a consultant firm. Currently, the project is in its initial stage, Singh said.

The officer said that they have been given eight months' time for the project and the first Detailed Project Report has to be prepared after surveying the traffic at 42 junctions to cover 1,200 signals and 600 blinkers, and has to be submitted by November this year.

Further, the Public Works Department and the civic agencies concerned have been roped in to ensure appropriate road engineering. This will then be integrated with the Safe City project, Singh said.