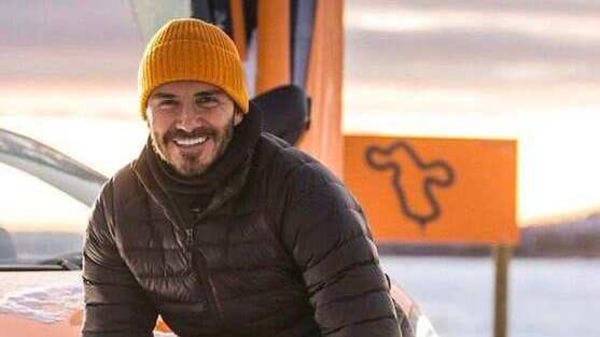 This image has been used for representational purpose only. (Courtesy: Twitter/@dvdbeckham)

One may or may not be able to bend it like Beckham but parking like him is clearly not advisable. Not unless looking hard for a violation fine anyway. And former football superstar David Beckham is sure getting plenty of these after he was reportedly found guilty of a number of traffic violations in recent weeks.

Beckham had received a six-month driving ban last year for making use of his cell phone while behind the wheels of his super expensive Bentley. UK's The Sun has reported that in recent weeks, he was photographed parking his car on double yellow lines twice. Double yellow lines in UK indicate no parking unless people are getting in or out of a vehicle or for loading and unloading.

The report, however, suggests that Beckham on Monday had parked his Land Rover Defender in such a zone in Burford, Oxfordshire. He reportedly made his way into a deli which was a little distance away from where he had parked.

Prior to this, earlier in May, Beckham had reportedly parked his vehicle on double yellow lines and had made way to the same deli. He had been accompanied by his eight-year-old daughter - Harper - at the time.

His football skills may have earned him countless fans but locals in Burford are not cheering his skills behind the wheel. Parking on double yellow lines invite a fine of 70 pounds (around ₹6,500) but can be halved if paid within two weeks.

Beckham had been ordered to pay a fine of 750 pounds (around ₹70,000) by a court last year after he was found guilty of using his cell phone in London in 2018.

The former England and Manchester United player now once again courts controversy as he and his family isolates at their private property in Cotswolds.